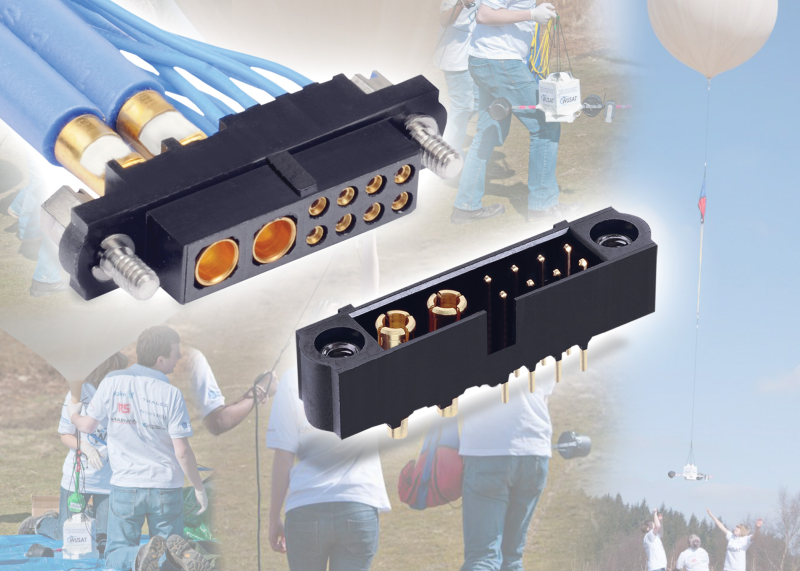 Portsmouth, UK, April 2013… Harwin, the leading hi-rel connector and SMT board hardware manufacturer, is pleased to congratulate the team at Warwick University on the successful launch and recovery of the maiden flight of its WUSAT nano-satellite, which depends on Harwin’s high reliability Datamate and Gecko connector families to provide signal and power connection despite the challenging operation conditions.

At the start of the current academic year, the team at Warwick University decided that launching a ‘CubeSat’ – a small satellite typically measuring just 10 x 10 x 10cm, with a mass of up to 1.33kg – would be suitable goal, as it opens up many possibilities for payloads and development. The team has based control, power and communications systems on the Arduino platform for speed of development. Data from sensors included on separate PCBs will be captured on SD cards.

With this level of systems payload, a miniature and lightweight yet very high-reliability interconnect system is required, so the WUSAT team is evaluating Harwin’s 2mm Datamate signal and power connector family, and the company’s recently-launched 1.25mm Gecko connector range that can handle up to 2A. Both connector families perform well in harsh environments ensuring signal integrity even under extremes of temperature, vibration and shock that are typically-encountered during satellite launches and missions. Many other CubeSats already use Harwin’s connectors because of their miniature size, lightweight and excellent performance.

On April 7th the WUSAT team successfully launched a prototype CubeSat using a weather balloon. During a two hour flight the CubeSat travelled into the stratosphere to over 30km above the Earth”s surface, where the balloon popped and a parachute deployed, carrying the CubeSat safely back to Earth. Readers can follow the progress of the WUSAT team at http://www2.warwick.ac.uk/fac/sci/eng/meng/wusat/news/?newsItem=094d43d53ddaeae8013de4153d5c275f.