After almost 50 years in the management of the HARTING Technology Group, Dietmar Harting (Dr.-Ing. E.h.) handed over the position of Chairman of the Board to his son Philip Harting on 1 October 2015. Dietmar Harting nevertheless remains a member of the company group’s Board as personally liable partner and will focus on matters concerning “the future and new technologies”. 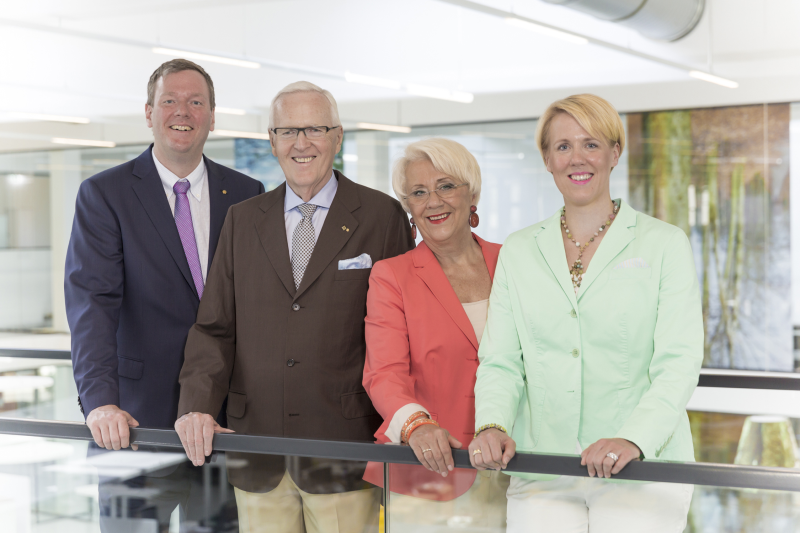 Together with his sister Maresa Harting-Hertz, President Finance and Purchasing, Philip Harting represents the 3rd generation of the family-owned company which was founded 70 years ago by his grandparents Wilhelm and Marie Harting in Minden. The company group has been headquartered in Espelkamp since the early 1950s.

“I am very delighted, together with my sister and supported by my parents and fellow Board members, to continue my father’s successful work,” says Philip Harting.

After completing an electrical engineering apprenticeship, Philip Harting studied electrical engineering in Braunschweig and business administration in Cologne. In 2005, he assumed a position of responsibility at his parents’ company for the first time as Managing Director Asia in Hong Kong. He has been head of the company’s largest Business Unit “Connectivity & Networks” since 2008. He and his sister Maresa were also appointed to the position of personally liable partner of the company group at the end of 2013.

“Handing over the baton to my son is a major step in the successful generational transition. With the new management line-up we have set the course for the company’s successful future development,” explains Dietmar Harting.

The entrepreneur and Honorary President of the German Electrical and Electronic Manufacturers’ Association (ZVEI) joined his parents’ company in 1967 and managed it together with his mother until 1987. After her death, he headed the company together with his wife Margrit, turning it into a market and technology leader in industrial connection technology.