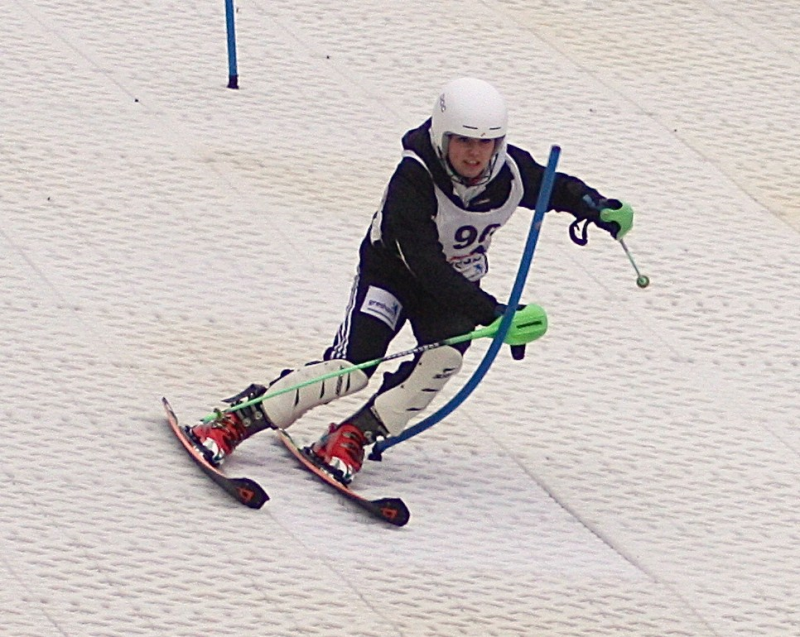 Gresham Power Electronics, the Salisbury based Defence and Commercial power conversion specialist, are sponsoring Nicole Shering, a 15 year old ski racer who competes in the slalom discipline on the dry and indoor slopes around the UK. Nicole is the daughter of Lois Shering who has worked for Gresham for over 26 years as a power supply sales administrator.

Nicole trains twice a week at her local club, Team Snowtrax based in Christchurch, Dorset and as often as possible at the indoor snow centre at Hemel Hempstead. Over the past 12 months Nicole has had many podium places and holds the following titles:

British U16 Indoor Runner Up

British U16 Indoor Schools Champion, representing The Burgate School where she attends

Snow Sports South U16 Runner Up

Nicole’s 2015 season started at the English Alpine Championships in Bormio, where her first race was Giant Slalom on the Alder slope at Oga. With Nicole’s BASS Snow seed points she was 19th out the gate from a start list of 47, U16 Females. With 44 gates to complete, this was a difficult long course on a steep icy slope. Unfortunately with 3 gates to go Nicole took a slightly wrong line and missed a gate and therefore Did Not Finish and was disqualified and unable to race run 2. Only 22 athletes managed to complete the 2 runs

Day 3 of the English Championships was the Slalom race. A total of 46 female U16s took part on a lovely sunny day on Stella Alpina slope, navigating 56 gates. After two good solid runs Nicole finished 13th overall and 8th in year 2000 birth. Nicole was very pleased with her performance

April will see the start of the busy summer calendar with Nicole competing in the GBR indoor and outdoor races, Club Nationals, Eastern Region and Snow Sports South races. For more information and to follow Nicole’s progress throughout the ski racing season please visit www.nicoleshering.com

Jake Moir, managing director of Gresham Power Electronics, commented, “We are very happy to be supporting Nicole during 2015 and wish her every success with her ski racing this year. It’s especially rewarding to support not only a budding young local sportswoman but also our close knit team at Gresham Power.”