Graphene patent surge leaves UK in the slow lane, or does it? 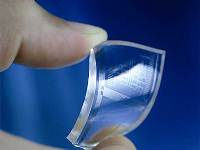 Figures compiled by the UK consultancy, CambridgeIP, have highlighted a surge in patents filed over the use of graphene since 2007. China has filed over 2,200 patents while the US has filed 1700. The UK, which pioneered research into graphene in 2004 appears to be lagging with just 54 patents filed. In terms of companies the electronics giant Samsung has the most patents to its name with 407, while IBM came second with 134.

Graphene, a form of carbon that exists as a sheet and is one atom thick could find uses in a broad range of industries from computing and energy to medicine and other fields. It is 100 times stronger than steel is capable of conducting electricity better than copper and is being seen as a possible replacement for silicon in electronics.

Experts believe that the first new products using graphene could include flexible touchscreens, lighting within walls and enhanced batteries.

Commenting on the figures the UK science minister David Willetts, who has identified graphene as a national research priority, said that the UK “needed to raise its game”.

At a corporate level there are concerns that the UK, and Western companies in general, could lose out to their Asian competitors accused of lacking the ability to pursue research and being able to look beyond, what was described as, a “10 year horizon”.

Others believe that the UK is still well positioned to exploit its pioneering role in the development of graphene. The National Graphene Institute is to be built in Manchester at a cost of £61m and while the UK may only account for 54 patents since 2007 the quality of those patents could be what differentiates them from the thousands being submitted in places like China.

Willetts said Britain could become “a world centre for graphene research” and attract more investment – but admitted it was going to be a difficult challenge.