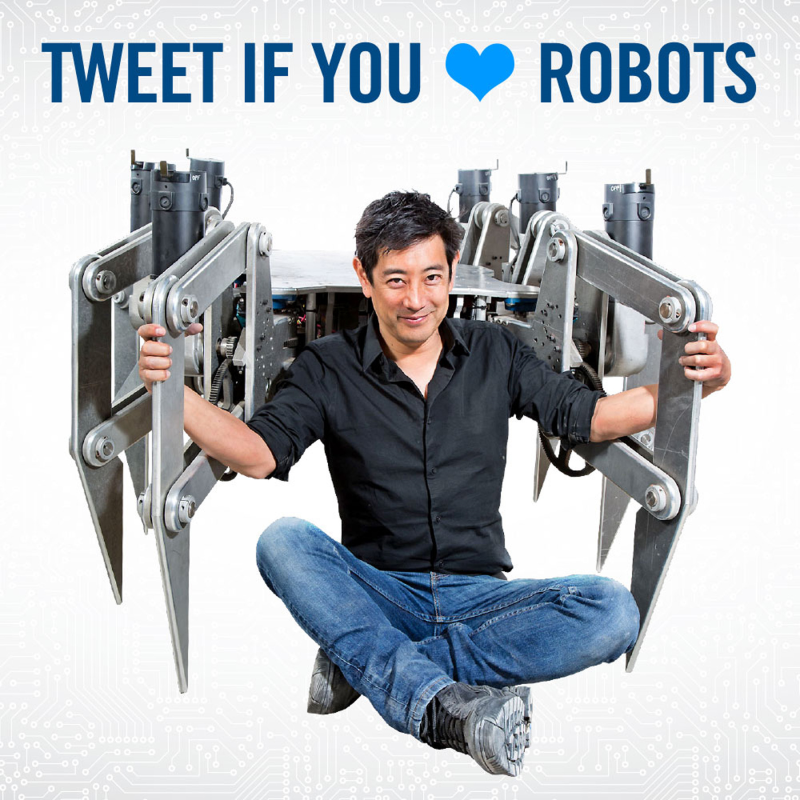 Mouser Electronics, the global authorised distributor with the newest semiconductors and electronic components, along with Hollywood celebrity engineer Grant Imahara, are extending a special invite to join Grant as the host for an exclusive Twitter party on Thursday, March 5th from 7-8 p.m. CST on Mouser’s Twitter handle. Whether you’re an engineer, a fan of Grant’s, or interested in robotics and technology, this online social media event, hosted by Mouser Electronics, offers something for everyone. Join Grant as he takes over Mouser’s Twitter handle and talks one-on-one about his latest giant robotic spider, Mouser Electronics’ Empowering Innovation Together program, and the upcoming Empowering Innovation Challenge – a new robotics challenge will begin after the Twitter Party.

The Twitter party, sponsored by Texas Instruments, on March 5th is a global all-access pass for engineers and the public to engage with Grant Imahara to Tweet and learn about why he built his giant Spider-Bot and what his plans are to do with it. Using the power of social media to connect people together, this special event offers a unique opportunity to ask Grant questions and network with peers to discuss robotics, innovation, and cutting-edge technologies.

To join, simply log in to Twitter.com on March 5th from 7-8 p.m. (CST) and go to the Mouser Electronics’ Twitter page. Click on the “Tweet to Mouser Electronics” button on the left-hand side to participate with your questions during the party. Make sure to enter the hashtag “#GrantPartyatMouser” in your question. To view all the Tweets during the party, just enter the hashtag “#GrantPartyatMouser” in the search box at the top right-hand side of the screen, and follow the various responses and discussions.

The first challenge, the Robotics Photo Challenge, is still live. With less than a month left for the engineering community to submit their pictures of their robots, the race is on for engineers to prove their genius and earn bragging rights, plus the chance to win some cool swag and prizes along the way.

“We’re inviting engineers to submit their creative ideas about my Spider-Bot,” said Grant Imahara. “They just go online and share an idea and invite their friends to do the same. My passion is in robotics, and I’ve been working in robotics for over 20 years. I’ve got some awesome ideas and I’m sure others do, too. So who’s up for a challenge? What robots have others built?”

At the end of the Twitter Party, Grant will announce a new Robotics Empowering Innovation Challenge. Grant will challenge the engineering community to submit an idea on what real-world problem they would solve with his giant Spider-Bot and why they want to solve it.

The engineering community is already voting for their favorite design on the Empowering Innovation Challenge site. The Photo Challenge is the first of a series of challenges on a variety of engineering topics hosted by Mouser Electronics.

The Empowering Innovation Together program is sponsored by Platinum Program Partner Texas Instruments. Also joining in the sponsorship are Molex and Panasonic as Diamond-Level partners.

Well known in the engineering community, Grant Imahara has paired his engineering expertise with a Hollywood TV and film career. In addition to his roles on Mythbusters and Battlebots, Grant has worked on many famous robotic characters – including R2-D2 in the Star Wars prequels, The Late Late Show’s Craig Ferguson robot skeleton sidekick – Geoff Peterson, and the Energiser Bunny. He joins the Mouser team as a collaborator and spokesperson who shares Mouser’s passion to positively influence and support innovative design.  To learn more about Grant Imahara, the Empowering Innovation Together campaign and Mouser partnership, visit