Smart-lighting start up Gooee, creator of the first ‘full stack’ cloud-based platform that connects lighting manufacturers to the IoT, has partnered with Bajaj Electricals, the Indian manufacturer and supplier of electrical products that is part of the US$20 billion publicly listed Bajaj Group. 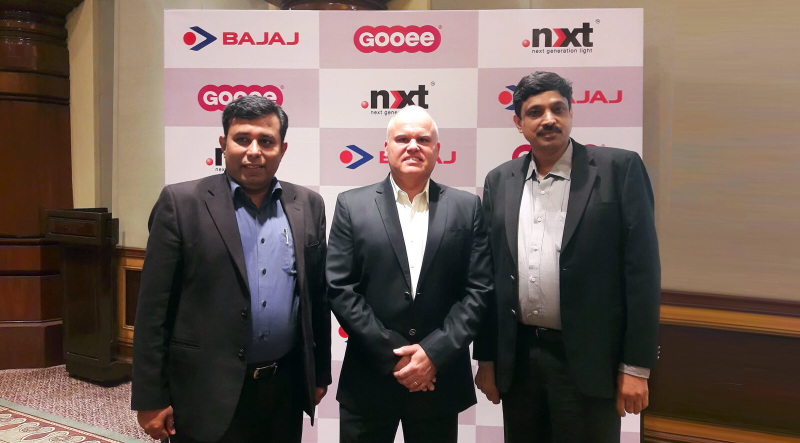 Bajaj Electricals is the second Indian firm to announce its proposed integration with the Gooee ecosystem, quickly following Crompton Greaves Consumer Electricals. Gooee is now established with two major Indian manufacturers, therefore enhancing its standing in one of the world’s fastest growing economies.

R. Sundararajan, executive president at Bajaj Electricals, says: “Intelligent lighting is the next big thing for new age electrical solution companies across the globe,” he says. “LaaS (Lighting as a Service) is gaining momentum and we see a huge technology convergence with rapid technological evolution in every field. “As leaders in the lighting industry in India, this initiative will help in expediting and giving a concrete shape to our digital strategy to address emerging markets.”

Jan Kemeling, chief commercial officer of Gooee Limited, adds: “India has always proved to be a forward thinking country and one that is keen to adopt new technology. With its focus on adopting new technology, Bajaj can realise the full potential and endless possibilities of the IoT in improving and optimising business processes.”