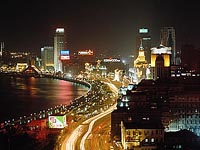 Eric Braddom, Director of Global Strategic Marketing, TE Circuit Protection and Consumer Devices asks whether the next winning OEM could be a Chinese company. If that proves to be the case then successful component suppliers will need to be able to identify those companies that could become tomorrow’s leaders, and understand that each OEM will have its own unique business model with which they’ll have to work.

“I spend half my time based in the U.S. and the other half in Shanghai. From this vantage point I can see first-hand how Chinese companies are moving to the top of many segments of the global market. As a component supplier, I know that if we do not recognize these emerging companies early enough, and adapt the way we market to the potential winners of tomorrow, we will end up losing market share.

As China has moved in front of Japan to become the world’s second largest economy, many Chinese OEMs have evolved into the clear leaders in their markets. In 2008, for example, the top five manufacturers in the appliance market consisted of Whirlpool, Electrolux, GE, Panasonic and Bosch-Siemens. By the end of 2011, the Chinese company Haier was number one and another Chinese player, Midea, was rising quickly.

The Chinese mobile phone market has seen similar growth. The leaders in 2008 were Nokia, Samsung, LG and Motorola; but as of the first quarter of 2012, ZTE in China has sold more mobile phones than LG to capture the fourth position in mobile phone sales, according to the technology research firm IDC. In addition to ZTE, the Chinese companies Huawei and Lenovo both have substantial ambitions in the smart phone market and have posted double-digit growth in some geographies with their low-end, Android smart phones.

In the PC market, HP, Dell and Acer topped the list of the largest PC OEMs globally in 2008. As of 2011, Lenovo was the second largest PC company, and some analysts believe that it could become the largest by the end of the 2013.

These changes in the market have important implications for component suppliers trying to win market share with the top brands in each segment.

For example, the supplier base for Chinese companies can be more fragmented than in other parts of the world. In South Korea there are two major battery companies: LGC and SDI. In comparison, in China there are more than160 different battery pack manufacturers, and some speculate that there may actually be more than 200. So, as a company selling components, we must figure out how to gain mindshare with all of them.

Additionally, many Chinese OEMs use a fragmented network of Original Design Manufacturers (ODMs) and Independent Design Houses (IDHs) located throughout Asia for their product designs. This means that for one low-end, Android-based smart phone design, there are potentially dozens of companies vying for the design opportunity with a particular Chinese brand. Again, for component suppliers, it’s important to develop methods for building awareness and preference across this diverse supply base.

Another challenge is that Chinese manufacturers tend to use more standard components with shorter lead times. This implies that maintaining inventories of standard components for these manufacturers can mean the difference between winning or losing a large revenue opportunity. Take for instance; a mobile phone service provider decides on a mobile phone design, potentially one of many options, and this causes an unexpected increase in demand from the Chinese brand. Now the component manufacturer must be ready to accommodate the manufacturer’s needs with readily available stock.

Today, successful component suppliers must win not only with the market leaders of today, but those of the future as well. This means identifying the Chinese companies that will become tomorrow’s leaders, dealing with a more fragmented supply chain, and understanding that there are many Chinese OEMs – and that each one has a unique business model.”