Getting more for less

By Darren Hobbs, Vice President of the ASIC and IP Division of Adesto Technologies

It’s often said that good things come in small packages. Certainly greater power provision from ever-decreasing package sizes is a familiar concept in many areas of the electronics sector. There are always pressures on designers to provide more for less and component miniaturisation is very much at the forefront of many developments.

It should be emphasised that smaller components do not necessarily imply lower power usage, although there is likely to be a requirement for a comparable reduction in the size of the power supply used. Given that the trend towards miniaturisation originated – or was initially most pronounced – in the military sector, as personnel naturally had a desire to carry smaller and lighter products when out in the field, the size of the power pack was definitely a key concern. Small size also means lower costs when transporting equipment around the world, since less space is required for equipment. 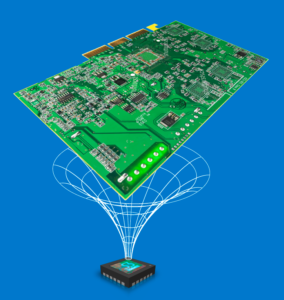 Aerospace was another early adopter of so-called SWaP technology. The acronym refers to reductions in terms of size, weight and power. And naturally, purchasers are also always keen to keep costs down, so the terminology rapidly gained a rider, in the shape of SWaP-C, the final C standing for cost. While historically cost has not been so much of an issue in military applications, in these years of constraint and restraint on a global scale, this is no longer the case.

The problem for designers is that advocates of SWaP technology do not expect to find a comparable reduction in terms of the performance they demand from their increasingly miniaturised and low power products. There is no room for compromise.

The rapid rise in popularity of the Internet of Things (IoT) and subsequent adaptation and adoption of the technology by the industrial sector in the shape of the Industrial IoT (IIoT) has definitely helped further the SWaP trend. Fast-developing consumer trends in the world of IoT have had a great impact on the way in which industry approaches changes in its marketplace.

IoT has meant a rapid rise in the number of connected devices and a comparable rise in the processing abilities and powers of those devices. Many IIoT devices are now also expected and required to be capable of performing processing tasks. A number of other functions are also demanded of them: devices may be asked to collect information, monitor and evaluate it and then act on it without having recourse to other processing platforms.

While more is expected of devices, their numbers are also growing. This necessarily places a heavier emphasis on the final component of the SWaP-C acronym (cost). Whatever the number of devices, they still have to be paid for somehow. Given that the IIoT is widely expected to grow dramatically over the next few years, with consultants such as Accenture predicting that it will be the biggest driver of productivity and growthin the next decade, this is a pressure that will only increase.

One potential route to saving costs lies in taking a path that might, at first glance, appear to offer exactly the opposite. Rather than using standard devices that may not necessarily be able to provide all of the requisite functionality, increasingly it pays to opt for a custom device that is able to offer everything that’s needed. While the initial investment may appear high, specialist vendor S3 Semiconductors reckons that within a couple of years the custom integrated circuit (IC) is likely to have paid for itself, even if product runs are not particularly high.

A custom application specific IC (ASIC) can incorporate functions such as sensing, calibration, control and communications, enabling it to provide precisely what’s required to make a product or system work to optimum effect. Designers of industrial systems are having to get used to a world that’s changing much more rapidly than they are previously used to and as a result, they may not have all the design skillsets they need. Having a conversation with a custom semiconductor house early on, where there’s expertise in a range of techniques and protocols, can speed up development time. This may also allow products to come to market much more quickly than would otherwise be possible – and that tick all the boxes in terms of functionality.

Using just the right device for the job cuts down on device count, thereby saving on weight, power consumption and size. And obviously, the higher the product run, the better the economics of the custom approach work. There’s no better way of proving the adage that more can indeed be less.