2017 was a record-breaking year for the German component distribution, measured in terms of turnover. In the fourth quarter sales grew by 12 per cent to 845 million Euros. Although this is 10 per cent less than in the third quarter, it is still impressive. Considering the very stable order situation (plus 14 per cent to 976 million Euros and a book-to-bill rate of 1.16) the first quarter of 2018 could remain positive. 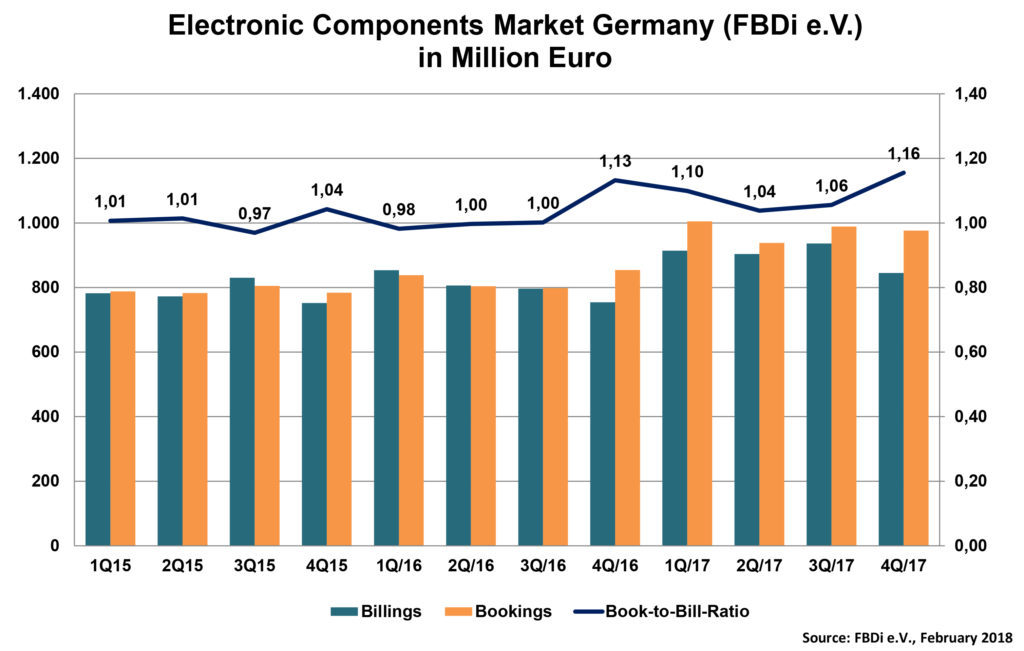 For the full year of 2017 companies registered with the Fachverband Bauelemente Distribution (FBDi e.V.) in Germany reported a sales plus of 12 per cent to 3.6 billion Euros and incoming orders of 3.91 billion Euros – a record result. Apart from shortage and price increases 2017 was further affected by fluctuations in exchange rates (Dollar/Euro), which nearly compensated across all quarters. 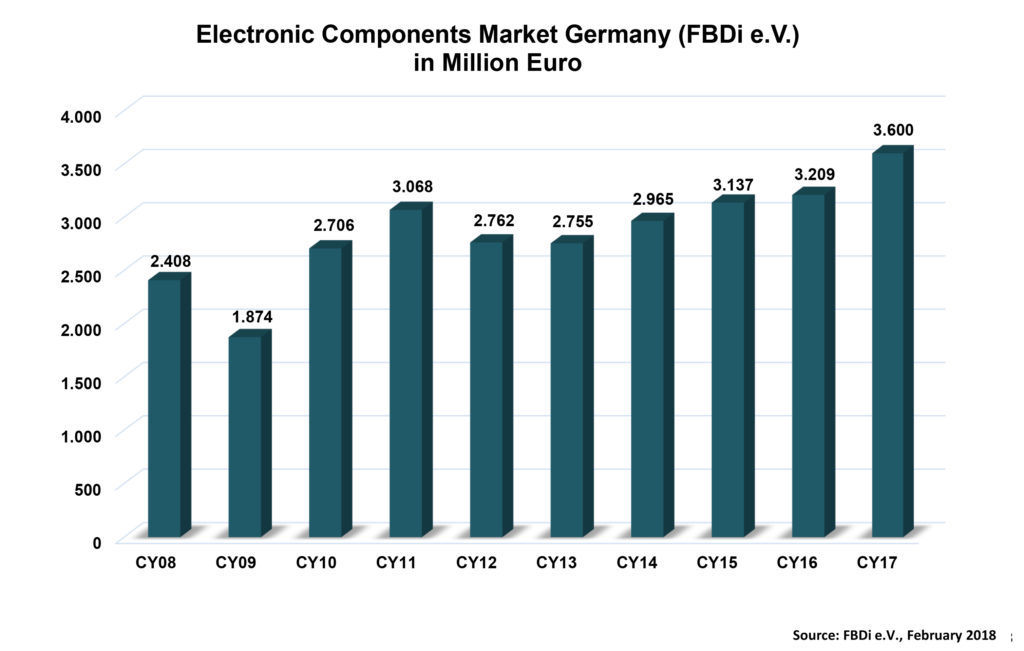 FBDi chairman of the board, Georg Steinberger: “Under normal circumstances a book-to-bill rate of 1.16 for the year would indicate a solid growth in 2018. But, as some customers postpone or cancel their orders depending on shortage and availability, there is a possibility for a small disillusion throughout the year. FBDi expects a solid but not groundbreaking year 2018.”

Furthermore, Steinberger comments: “Regarding a further outlook, the important factor is the component production, and if a relaxation can be expected. Concerning the customers the demand seems to remain high, less driven by availability (and hence the risk of double orders) but by innovation and good economy in all industries.”