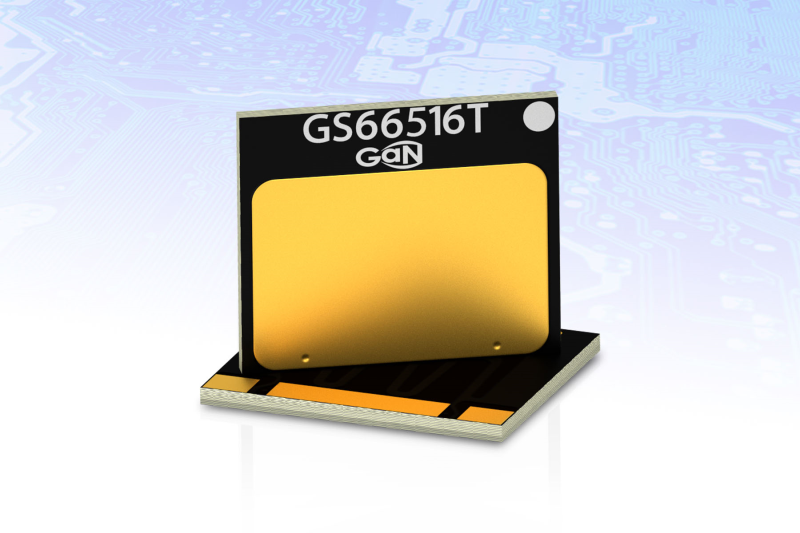 GaN Systems, a developer of gallium nitride power switching semiconductors, is exhibiting at PCIM Asia, Shanghai from June 24th – 26th and is showcasing a new addition to its range of GaN high power transistors for the first time in China on Booth 4D18.  The company is also demonstrating production models of real customer applications using its devices.  PCIM Asia is GaN Systems first major exhibition in China, which it expects to become an important market as gallium nitride power transistors increasingly replace silicon semiconductors in power electronics.

The new 60A GaN high-power enhancement-mode device, the GS66516T, expands GaN Systems’ range of power switching semiconductors, already the broadest product offering on the market with current ratings ranging from 8A to 250A.  Based on the company’s Island Technology(r) die design, packaged in low inductance and thermally efficient GaNPX(tm) packaging, the GS66516T also features new proprietary topside cooling technology, enabling it to be cooled using familiar and conventional heat sink or fan cooling techniques.

As gallium nitride technology moves into mainstream production in markets ranging from consumer to industrial and clean tech, early adopters have already released products onto the market that take advantage of GaN Systems’ technology, which harnesses the superior fast switching performance of GaN and reduces power losses by up to 90%, resulting in smaller and far more efficient power electronics. At PCIM Asia, GaN Systems is demonstrating a 650V 30A 3-phase inverter power module from LS Industrial Systems of Korea, a leading Korean company focussed on delivering safe clean energy.   Also being shown is a new 3kW, 800/380V DC/DC bidirectional converter developed by the NextHome consortium in the USA, a group of consumer electronics manufacturers who are developing new energy efficient power systems for use in the home.

Executives and technical experts from GaN Systems are on the stand throughout the show to talk with customers about how to “Get on board with GaN” and incorporate its devices into their consumer, enterprise, industrial and automotive systems.