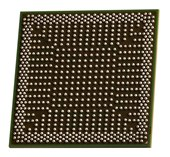 Fujitsu Technology Solutions has developed a new Mini-ITX mainboard named Fujitsu D3313-S for 24/7 continuous operation in an extended temperature range of 0 to 60 degrees Celsius. The board from Fujitsu’s Industrial Series has been optimised for a wide range of industrial and semi-industrial applications and will have a product lifecycle of at least five years.

It is based on systems on a chip (SOC) from the new AMD Embedded G-Series SOC, which was developed especially for industrial applications. Following the official worldwide launch of the AMD Embedded G-Series SOC Platform on 23 April, 2013, the Fujitsu developers at the Augsburg plant have started design work on the boards. The first samples of the mainboard will be available in September 2013. Volume production in Augsburg is scheduled to begin in November 2013.

All new Fujitsu mainboards based on AMD Embedded G-Series SOC support DVI-I, Display Port, and 24-bit dual-channel LVDS. Furthermore, all boards in the D3313-S series come with an m-SATA port and a PCIe Minicard socket supporting USB. The layout of the external I/O ports is identical with that of D3003-S, the preceding generation. This makes it possible to fit the D3313-S mainboards into Fujitsu’s existing Mini-ITX housing. The resulting possibility of easily changing platform technologies while retaining the same housing is set to offer optimum conditions for realising cost-efficient systems for years to come.

Commenting Peter Hoser, Sales Director OEM at Fujitsu Technology Solutions said, “By developing our mainboards on the basis of the new AMD Embedded G-Series SOC, we can guarantee our customers a very well-engineered product. By allowing some time between the launch of the AMD Embedded G-Series SOC and the launch of the D3313-S, we are able to avoid the “teething troubles” that occur with new technologies by every manufacturer due to the enormous complexity of the platform ecosystems. Thanks to our long years of experience in designing industrial mainboards, and our tried and tested ways of dovetailing development and manufacturing, we can assure our customers that the mainboards we are developing now will fully meet the requirements of industrial users from day one of volume production, which will start in November 2013.” SEGGER Embedded Studio Available for the Renesas RE Family of MCUs