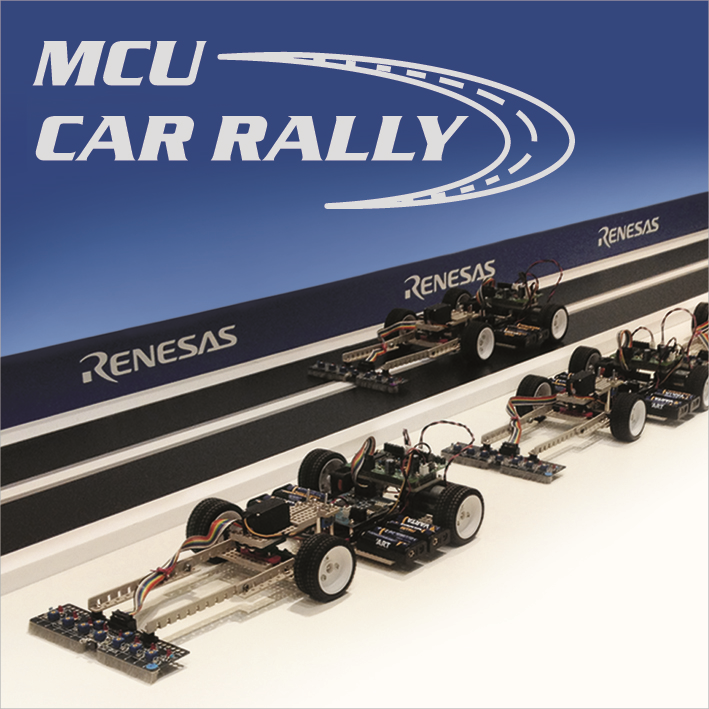 Renesas Electronics Europe, a provider of advanced semiconductor solutions, has announced that the final of its MCU Car Rally competition for university students will be announced at embedded world 2015, to be held 24th – 26th February in Nuremberg, Germany. Teams from universities and technical colleges all over Europe were invited to participate in the competition, which involves developing a functioning model racing car based on electronic components and software from Renesas. Seventeen teams comprising almost one hundred students have been working on their designs since the event was launched at Embedded World 2014 in preparation for this year’s race. The prizes include racing experiences, tablets and cash vouchers.

The competition gives final-year engineering students a great opportunity to develop a real-world “product” using state-of the-art solutions from Renesas, including the popular RX 32-bit microcontroller. The teams include students from universities in Germany, Austria, Bulgaria, Spain, Romania, France, England, Wales and other countries, with some countries being represented by more than one team. In terms of technical support and coordination for the MCU Car Rally competition, Renesas has been assisted by its UK-based Platinum Alliance Partner, AND Technology Research.

For many of the participating teams, the Renesas MCU Car Rally event has become a highlight in their year. The institutions consider the students’ work on the Renesas rally cars as bona fide coursework, where professors award the students points for the completed project that count towards their degree.

Renesas Electronics Europe is a Platinum Sponsor of the Embedded World Student Day, held on the last day of the show and attracting over 1000 students every year. The company will hold practice runs, heats and finals for the competition on the Student Day – an exciting highlight in its show presence and a veritable magnet for visitors and spectators.

“Students love a challenge – and the MCU Car Rally competition will help them develop their mechatronics knowledge and programming skills while working as a team,” says Andy Harding, senior manager, Industrial & Communications Business Unit at Renesas Electronics Europe. “It also gives us the opportunity to meet some of tomorrow’s top engineering talent in Europe. The competition is great fun too, so it’s a win-win situation for everyone involved.”

The First European MCU Car Rally Competition for Students at embedded world 2015 will be held in the Foyer (at Entrance Mitte) just in front of Hall 1.