POS (point-of-sale) terminals are definitely not a paragon of data security. This information is no longer a secret to the retail sector – at the end of 2015 the Berlin-based company Security Research Labs showed just how easily the devices can be attacked. ‘Hackers can complete a physical attack without a great deal of effort,’ confirms Thomas Hess, head of sales and project management at Multiple Dimensions in Biel, Switzerland. Direct attacks on terminal hardware allow attackers to gain access to sensitive data, such as credit card numbers and PIN codes. “Private information is temporarily stored on the devices in order to prevent the loss of data if the Internet connection is dropped during the payment transaction,” explains Hess.

Swiss company Multiple Dimensions is a leading global expert in the field of 3D-MIDs (Three-Dimensional Molded Interconnect Devices). This technology is based on injection-molded plastic components, to which conductive traces are applied using the laser direct structuring (LDS) process. It is increasingly being used by manufacturers of POS terminals to improve security standards and fend off hacker attacks. 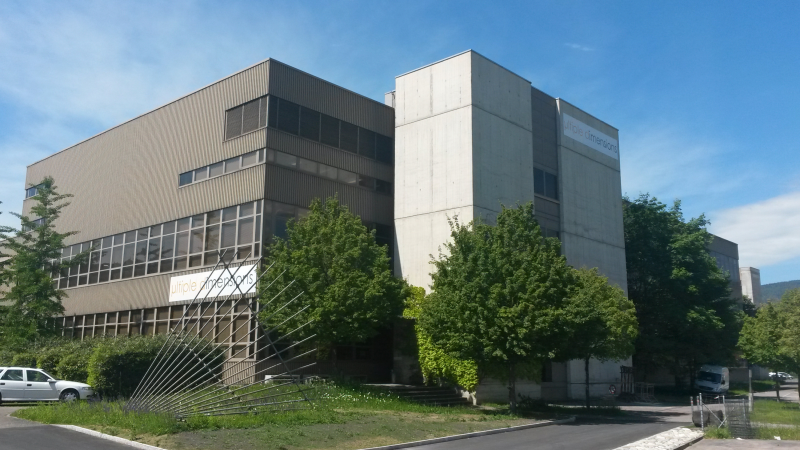 So how do injection-molded plastic circuit substrates offer greater protection from physical attacks than conventional PCBs? ‘To gain access to hardware, most hackers either use probes or mini drills. Our traces, which are located directly on the inside of the terminal’s protective cap, represent a closed-circuit and are positioned so closely to one another that it is more or less impossible for a hacker to gain access without damaging a trace,’ continues Thomas Hess. If a trace is cracked, the entire circuit then fails – prompting the POS terminal to shut down immediately, whereby the cached data is lost and the device can no longer be used. Thanks to the Multiple Dimensions’ technological edge, customers benefit from compliance with the strictest PCI DSS requirements (Payment Card Industry Data Security Standard).

‘The benefits of injection-molded circuit substrates are extremely appealing,’ comments Hess, describing the 3D-MID technology, adding that ‘they replace conventional solutions with a plastic carrier and PCBs by integrating the function of the two parts into one MID – thereby combining reduced weight, a smaller number of components and low production costs, while at the same time increasing security.’

The thermoplastic base material is first compounded with a (non-conductive) laser-activated metal-organic additive. The LDS laser beam structures the trace pattern onto the plastic by cleaving the metal-organic additives while roughening and ablating the plastic precisely where the beam strikes the surface. Copper seeds split out from the additive, attracting free copper in the subsequent metallisation step.

The smallest trace-space pitch in the market

In today’s market, there are several providers of security housings like those produced at Multiple Dimensions. ‘What sets us apart from the competition is our technological know-how in combination with worldwide competitive production, as highlighted by our uniquely small trace width and narrow spacing. The tighter the spacing between the individual traces, the more difficult the circuit is to manipulate from the outside. Most providers today offer trace width and spacing of around 300 – 400µm. However, Multiple Dimensions in Switzerland today produces traces with spacing of just 150µm. 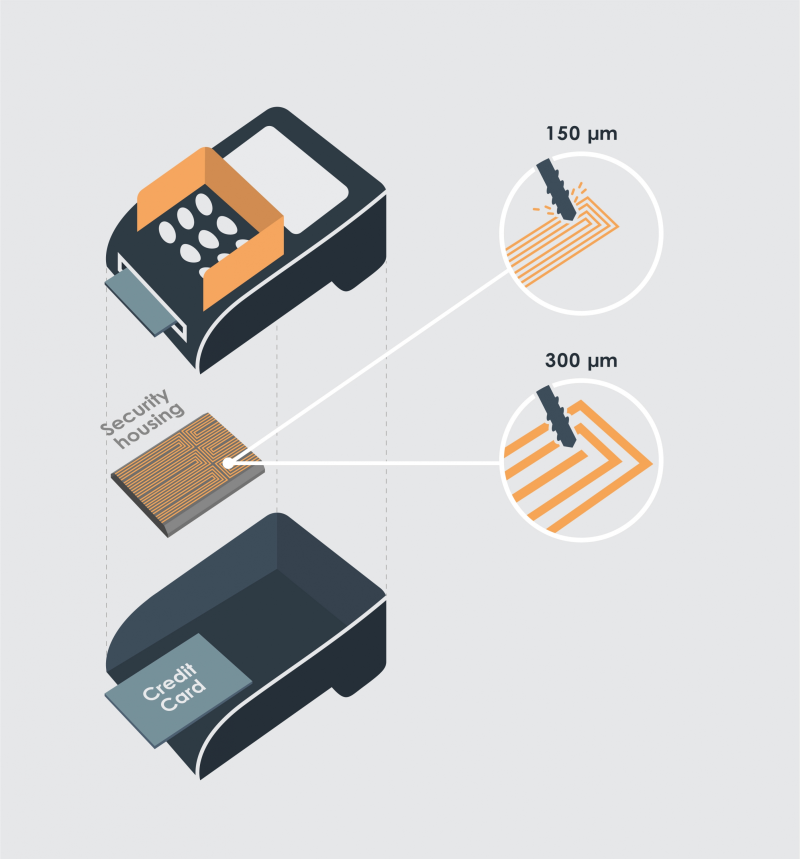 ‘Our production environment is currently capable of creating traces with even tighter 80µm spacing,’ adds Hess. ‘We are therefore in an excellent position to handle stricter security requirements – which we are definitely expecting to see in the near future.’

With its technology, Multiple Dimensions also enjoys a competitive advantage in terms of versatility and precision. ‘Thanks to our special technology, we can form three-dimensional parts and then process these using a laser. As such, even rounded edges are no longer a problem. Even raised sections and transitions, which can be a real challenge for basic PCBs, can be processed without any issues,’ explains Hess, describing the benefits of 3D-MID.

However, manufacturers of POS terminals not only benefit from Multiple Dimensions’ development edge in terms of data security. The Biel-based company’s products are al-so more affordable than those from many other providers. ‘We are fully automated throughout the entire added value chain. Every single stage of production is performed under one roof at our own plant. This increases the production yield and saves both transportation costs and time – savings which we are keen to pass on directly to our customers,’ explains Thomas Hess. Experience has also shown that the company is more than capable of holding its own against strong competition from Asia – even with technologically less demanding products.

The applications of the 3D Molded Interconnect Device Technology seem virtually inexhaustible. Therefore, Multiple Dimensions is not only collaborating with manufacturers of POS systems, but also companies from the automotive industry, white goods manufacturers, consumer electronics and many other industrial sectors. ‘The more we as a society embrace the trend of ‘miniaturization’, the greater the need for 3D-MID in our day-to-day applications,’ comments Hess, describing future developments, particularly with regard to the ‘Internet of Things’ (IoT).