Silicon Labs has released a major update of its award-winning Simplicity Studio software development tools. The new Simplicity Studio release represents a significant redesign of the software infrastructure, making the tools faster to download and easier to install and use. A more intuitive user interface improves the overall developer experience. As the industry’s most comprehensive software tool set for Internet of Things (IoT) connected device applications, Simplicity Studio is the only embedded development environment that broadly supports 8- and 32-bit microcontrollers (MCUs), multiprotocol and multiband wireless SoCs, and fixed-function devices. 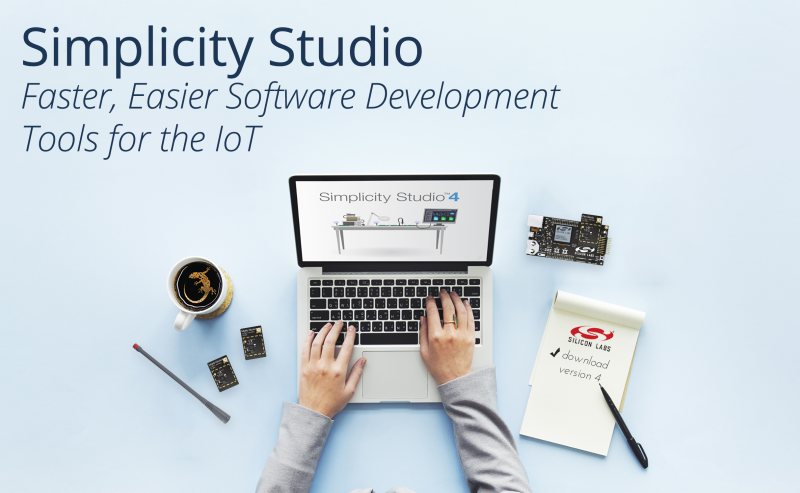 “I’m happy to see that Simplicity Studio is a cross-platform development environment that’s super-easy to download, install and launch,” said Andrew Tergis, an electrical engineer at littleBits, a New York-based hardware startup that empowers everyone—of any gender, age or technical background—to create inventions with its platform of easy-to-use electronic building blocks. “The Simplicity wizards made it easy to license the Keil compiler without much fuss. It’s a brilliant idea to have Simplicity Studio auto-detect the connected development board, and it was easy to find source code and have the project already configured for my hardware.”

The latest Simplicity Studio update is based on in-depth market research, developer workshops and stakeholder interviews with designers who create IoT products. The primary goal of the update was to make Simplicity Studio more flexible, efficient and easier to use. The underlying software infrastructure of Simplicity Studio now provides custom-tailored installation options, enabling developers to download specific tools for the Silicon Labs product portfolio they are using. This flexibility helps to streamline the download process without the overhead of the full Simplicity Studio suite installation.

Simplicity Studio Version 4 is available now to developers at no charge and can be downloaded quickly and easily by visiting www.silabs.com/simplicity-studio.