BAE Systems, a lead UK contractor for the build and development of the Joint Combat Aircraft (JCA) or F35 Joint Strike Fighter or Lighting II as it is called in the USA, is responsible for the structural testing of the CTOL airframe (conventional take-off and landing). The wide variety of roles in which the aircraft will be deployed, combined with the differing expectations of the military, means that the airframe’s structure must be thoroughly tested to ensure top performance throughout its operational life. In addition the aircraft, in common with most modern combat aircraft, is dynamically unstable so that it benefits from high manoeuvrability. This poses additional structural challenges that need to be carefully checked during the aircraft’s development and throughout its in-service life.

Bae Systems undertakes and monitors structural developments on two F35 airframes at its Structural and Dynamic Test Facility (S&DT) based at Brough, West Yorkshire – with expectations that some 3,000 aircraft in total will be built. S&DT aims to provide quantitative data that airframes meet their structural strength design specifications over the anticipated operational lifetime. It specialises in the design, manufacture and operation of large-scale structural tests throughout the entire test life cycle.

A key aspect of BAE Systems approach to the F35’s structural testing regime was the need to develop improved methods of managing test information. The company wanted to streamline its approach by adopting a new mind-set that challenged previous methods.

Both fatigue tests and static tests are undertaken by S&DT. Fatigue tests take much longer to complete than static tests and are based on data trending which looks for changes in the structural response over time. These can easily signify the possibility of cracks or other in-service related conditions. 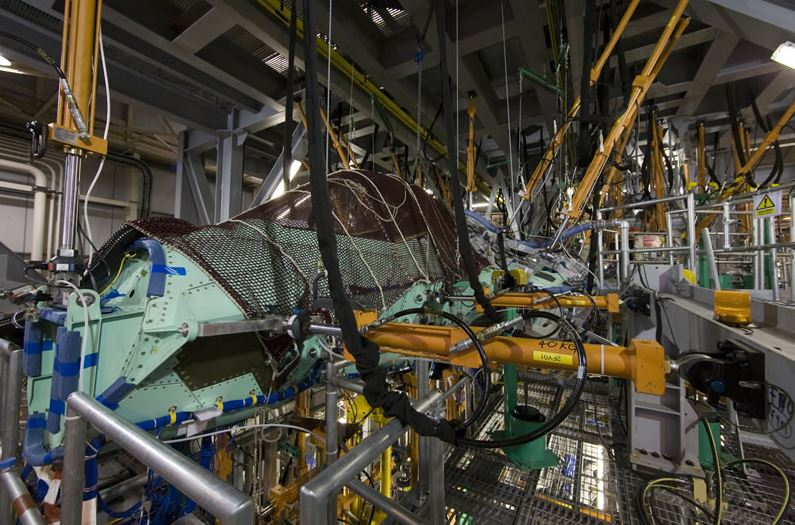 The tests are undertaken by applying various loads to different structural components in an accelerated timeframe to reproduce potential operational damage. Complex PC-based test control and data acquisition systems are used to control how the forces are applied to the different test structures and the responses carefully monitored. Test specimens are usually instrumented with strain gauges enabling real-time recording of strains generated.

S&DT’s structural tests utilise HBM’s equipment to capture and analyse data. The equipment includes a data acquisition system from HBM comprising catman® Enterprise software connected to 32 MGCplus devices distributed in eight cabinets across the test rig. The HBM equipment is fully synchronised giving BAE Systems one of the world’s largest structural DAQ systems. The MGCplus supports a wide spectrum of sensors, transducers, fieldbus connections and standard PC interfaces making it a suitable choice for this application. The modular design ensures that it can be easily expanded or modified should BAE Systems’ requirements change.

Another challenge was to successfully share test data in a timely manner with multiple sites. These included the BAE Systems’ sites at Brough and Samlesbury along with three Lockheed Martin plants and Northrop Grumman’s El Segundo factory in the USA. This was important because it meant the test teams could take immediate decisions in a collaborative manner regardless of their actual location. HBM supplied its MDClient software which is used to share test data in real-time and compare these against predictions and upper/lower alarm limits with the various structural integrity teams. 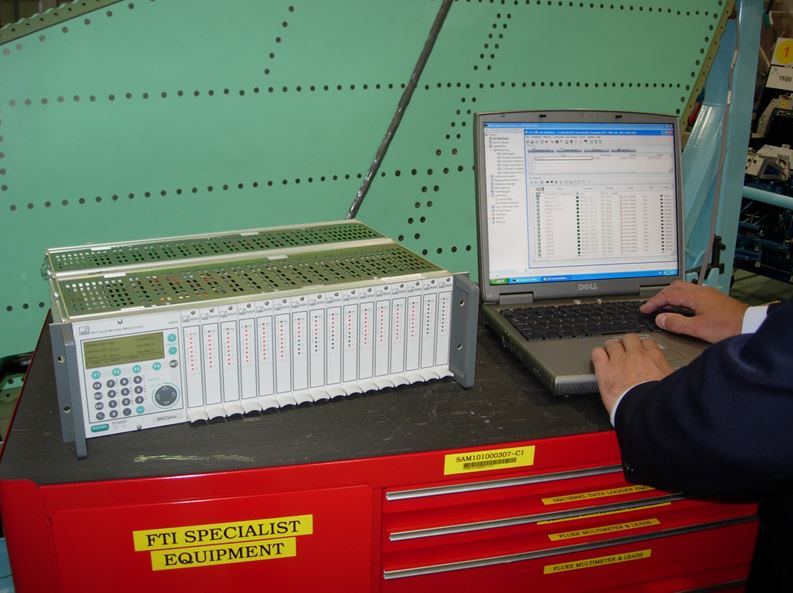 Another area in the development of the F35 where BAE Systems’ expertise is important is in de-risking the Flight Test Instrumentation (FTI) system on the aircraft. This proved especially challenging and required a unique approach. Normally the crucial task of testing the data acquisition system on modern military aircraft is completed using the aircraft’s own FTI system.

In the case of the F35, however, testing the on-board systems needed to be carefully co-ordinated as the system is fitted at Fort Worth, Texas, USA but the tail sections are built in the UK. This means that BAE Systems at Samlesbury has to power-up and function check every fitted transducer and the associated aircraft wiring during building. The approach gives a high level of confidence that the whole system is functioning.

Yet again HBM’s equipment provides BAE Systems’ engineers with the tools they need. By using HBM’s MGCplus and catman® Professional software to capture and analyse the data, BAE Systems is able to conduct the tests easily and accurately.