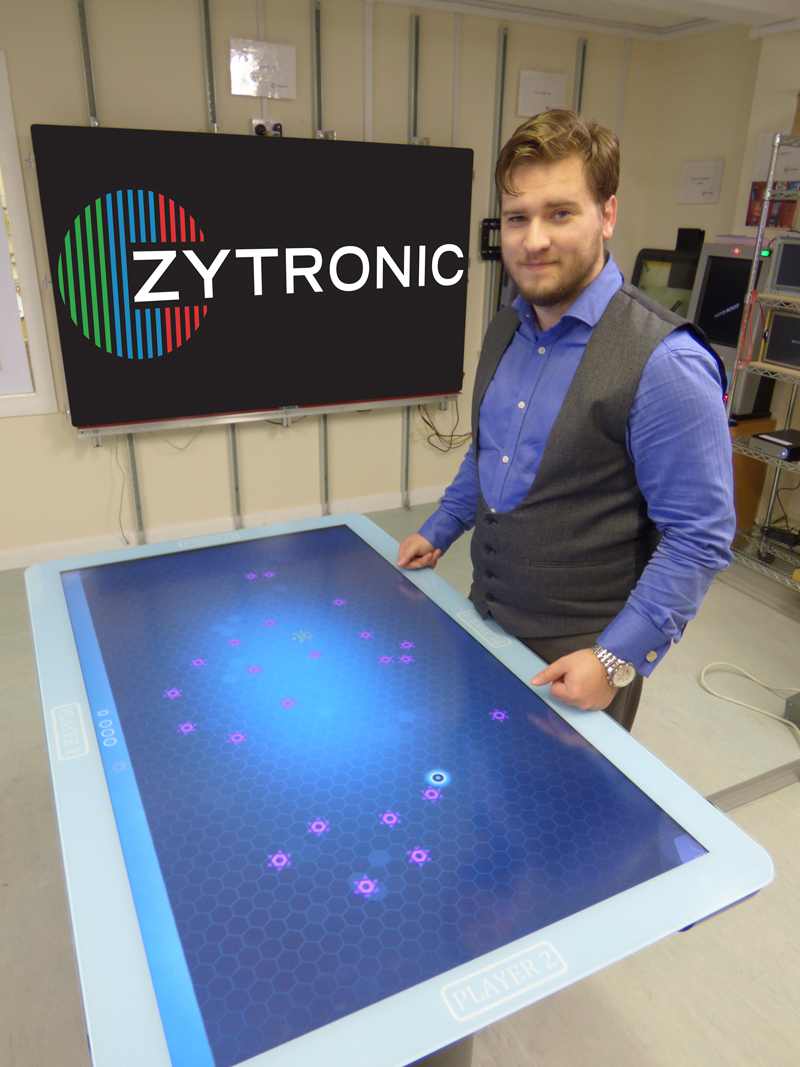 Zytronic, the specialist developer and manufacturer of ultra large format projected capacitive touchscreens for public use applications, has announced the appointment of a new development engineer at the R&D team based in Newcastle. Dainius Narsutis brings the latest software development knowledge to the award-winning design team.

Dainius joins Zytronic from Zeco Energy, a wireless energy management solutions company. His work there included the development of cloud-based real-time monitoring solutions as well as the utilisation of a variety of hardware and software technologies to design and build the control capabilities for the HVAC units.

Commenting on the news, Dr. Andrew Morrison, Zytronic’s technical director, said: “Dainius has been brought into the company as a development engineer to further strengthen Zytronic’s electronic hardware and software team. He will also support the mechanical and testing areas in the R&D department and will be working on a range of internal and some customer specific projects. Dainius is currently involved in further development of the automated touch sensor testing system and touch sensor capabilities.”