Excelsys Technologies, a leader in high-efficiency AC/DC electronic power systems for mission critical medical, industrial and military applications, announces that Gary Duffy has decided to retire as chief executive officer (CEO), effective June 30th, 2017. Having undertaken an extensive interview and selection process, the board of Excelsys has appointed Conor Duffy to take over as CEO. Gary will remain as a special advisor to Excelsys in support of the transition to the new CEO, and he will continue to sit on the Excelsys board of directors.

“After 11 years leading Excelsys, I’m looking forward to stepping back from the day-to-day operations of the business,” said Gary Duffy. “I took over in 2006, relocating the business from Dublin and establishing our headquarters in Cork. Since then we have built up a world-class global team of engineering, operations and sales personnel. With consistent double-digit annual growth rates, we have firmly established Excelsys as the number one modular configurable power systems designer and manufacturer in the world.” 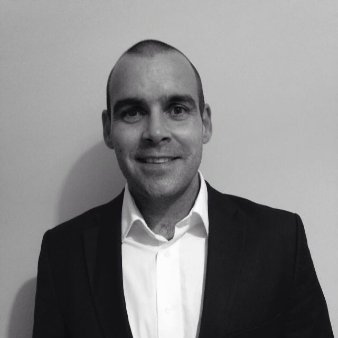 John Tracey, chairman of Excelsys, commented: “Firstly, on behalf of the board, I would like to thank Gary for his many years of service. Without his vision and dedication, the company would not have scaled the heights it has, averaging more than 15 per cent growth per annum since relocating to Cork. Conor was the board’s choice to become the next CEO of Excelsys due to his extensive range of technical, commercial and financial experience within the wider technology sector and the electronics industry in particular. As European sales manager at Excelsys, he has built a deep understanding of our distribution network, our customers and our end-markets, giving him a clear strategic vision for Excelsys that will meet our demanding growth expectations.”

Conor Duffy joined Excelsys in 2010 as European sales manager. He holds an MSc in Technology Management from Smurfit Business School and is an honours Electrical & Electronic Engineering graduate of UCC.

“I am delighted to have been selected by the board to lead Excelsys through its next phase of growth,” said Conor Duffy. “2016 was a stand-out year on quite a few fronts with a record number of both project wins and new project starts. We also released our CoolX, the world’s first convection-cooled modular platform and saw market reaction exceed all expectations. The short-to-medium-term horizon will see acceleration in new product release from the CoolX platform as we look to increase market penetration. We have a fantastic team here at Excelsys, which continues to grow. It’s an honour for me to take over as CEO at such an exciting time.”

Also being announced today are three additional changes to the Excelsys senior management team. The first is Shane Callanan, who has been appointed to the new position of chief technology officer (CTO). Shane has been director of applications engineering at Excelsys since 2012. He joined Excelsys in 2006 and has almost 20 years of experience in the power supply industry. In addition to holding a B.E. and MSc, Shane attained the title of Chartered Engineer in 2002 and was elected to Fellow of the Institute of Engineers Ireland in 2012.

Conor Duffy commented on Callanan’s appointment: “Establishing the CTO role is a significant milestone for Excelsys as we embark on our next phase of growth, and it underpins our determination to stay at the technical forefront of electronic power system design. As CTO, Shane will play a central role in shaping our technology strategy to ensure alignment of our long range product roadmaps with those of our customers.”

Excelsys also announces that Dermot Flynn will become director of sales & marketing. Dermot has over 20 years of experience in the power systems industry. Joining Excelsys in 2000, he has been director of sales since 2007.

Commenting on the role, Conor Duffy said: “The new position of director of sales & marketing reflects the increasing strategic importance of product marketing to our business development processes, and also to our product development activities as we move forward. In his new role, Dermot will spearhead our global market segmentation and lead generation programs. He will also oversee the roll-out of an analytics capability to deliver enhanced levels of customer insight through 2017 and beyond.”

Brendan has over 30 years of experience in medium-to-high volume electronics, PCBA and system build industries, including over 10 years in medical devices. During a 20-year career at Artesyn Technologies, he filled senior management positions as quality assurance manager, engineering manager and process improvement manager. He was highly influential in shaping Artesyn’s global QA ethos across one of the broadest range of AC/DC and DC/DC power supplies in the industry. He also spent 10 years at Sanmina Corporation as quality assurance manager in contract manufacturing, testing and packing of electrical, mechanical, optical subassemblies/components and medical devices (including sterile devices).