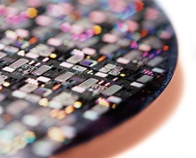 According to Georg Steinberger, chairman of DMASS, commenting on the results: “As expected, 2011 remained positive and set another sales record for semiconductor distribution. However, the last quarter displayed very precisely the current market trends of cautious ordering behaviour in some and inventory corrections in some other industry segments. The two halves of 2011 couldn’t have been more different, from 23% plus to minus 7%. Predictions under the current climate would be dangerous, but I would not be surprised to see exactly the opposite in 2012 – weak first half and stronger second half.”

“Eastern Europe remains driven by low-cost manufacturing and benefits from ongoing production transfers,” said Georg Steinberger. “The Baltic countries have begun to play a more prominent role now with manufacturing shifting from Scandinavia, therefore DMASS will change the reporting in the future and count the Baltic states as part of the Nordic area.”

Georg Steinberger concluded: “Significantly more than 50% of the Distribution business comes from design-in efforts with customers across industry segments. It is apparent that the classical model has changed to a more advanced and all-encompassing support model.”