Leti, a technology research institute of CEA Tech, has announced that Emmanuel Sabonnadiere has been named CEO, succeeding Marie-Noelle Semeria. 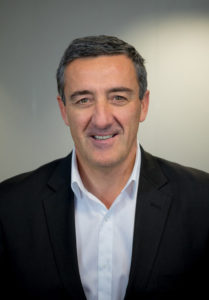 Sabonnadiere, who has more than 25 years of executive leadership experience in a variety of large technology environments, joins Leti from CEA Tech, where he led the industrial-partnership program. He brings a strong background in new-technology development with broad private-sector expertise in operational excellence, team building and guiding multicultural organisations in business transformation in Europe and globally.

As Leti’s chief executive officer, Sabonnadiere leads the activities of one of Europe’s largest micro- and nanotechnologies research institutes, which employs approximately 1,900 scientists and engineers, has a portfolio of 2,700 patents and has launched more than 60 startups.

“Success in today’s demanding international digital landscape requires a combination of deep technological expertise, advanced platforms, a commitment to customer and partner success and a shared excitement and agility about the new opportunities,” Sabonnadiere said. “This is where Leti is today, and I am very excited to join this world-class team to develop the solutions that will bring digital innovations to the benefit of leading technology companies around the world.”

Prior to joining CEA, Sabonnadiere was CEO of the Philips Lighting’s Business Group Professional in Amsterdam. From 2008 to 2014, he was CEO and chairman of General Cable Europe in Barcelona, and from 2005 to 2008 he served as CEO of NKM Noell in Wurzburg, Germany. Before that, he served as vice president of Alstom T&D for five years. Early in his career, he held multiple positions at Schneider Electric, including managing director of development for equipment units.

During his career, he has designed and implemented strategic plans for process optimisation, product redesign-to-costs, market repositioning and system development. Sabonnadiere holds a Ph.D. degree in physics from the Ecole Centrale de Lyon, an MBA degree from Ecole Supérieure des Affaires de Grenoble and an engineering degree in information technology from the Université Technologie Compiègne. Sabonnadiere is a fully qualified instructor at the ski school in Les Ménuires, and member of the advisory board of IAC.