At embedded world 2017, ) will present its connectivity platform for real-time applications in the Industrial Internet of Things (IIoT). The focus will be on the RTI Connext DDS middleware for smart distributed applications, its application in the field of autonomy as well as the security specification Connext DDS Secure. Connext DDS live demos can also be seen at partner booths. 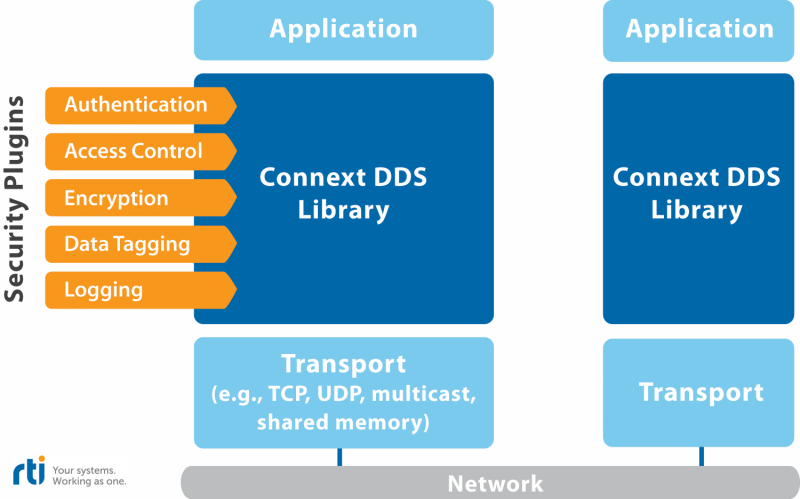 Image caption: Security is implemented above the transport layer 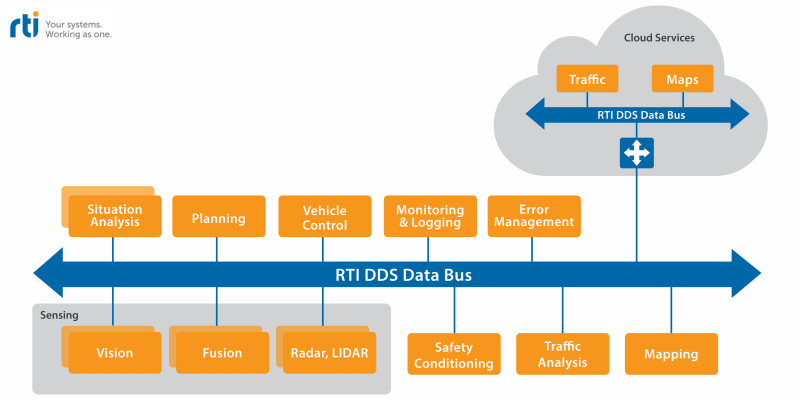 Image caption: RTI Connext DDS addresses many of the toughest challenges posed by autonomous cars, such as the interaction between vehicles or control systems

The RTI connectivity platform provides the communication between smart devices and subsystems, and therefore supports the latest progress in the field of autonomy, like autonomous cars. The ease of integration and flexible, reliable, and fast publish-subscribe data model of the RTI Connext DDS middleware are uniquely suited to addressing many of the toughest challenges, e. g. vehicle subsystem integration and control, inter-vehicle interactions for collision avoidance, tracking and control functions for traffic monitoring, sensor and camera data aggregation at millisecond speeds, as well as reliable communications over unreliable channels, such as wireless and cellular.