Despite appearing to be a modern phenomenon, the first electric vehicle took to the road in 1832 and in 1899, outselling all other available options, including steam and gasoline powered vehicles. Since 1935, with the invention of the internal combustion engines, gasoline-powered vehicles have become the popular choice. This changed in 2016, which saw a record in the sale of electric vehicles worldwide, with 750,000 cars sold.Here, Simone Bruckner, director at leading power resistor manufacturer, Cressall, explains the recent popularity of electric vehicles and the challenges they have yet to overcome.

In January, car manufacturer Ford announced that it will boost its investment in electric vehicles to £8bn in the next five years, doubling its previous commitment. This investment has been reciprocated by General Motors, Toyota and Volkswagen which have made similar pledges as both consumer confidence and sales build in electric vehicles. 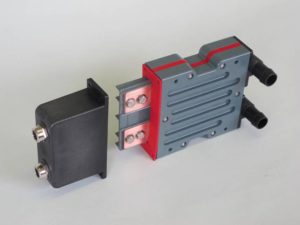 Through consumer education, many misconceptions that have traditionally prevented the purchase of electric vehicles have now been disproven.

Consumers previously experienced three major obstacles according to a National Renewable Energy Laboratory (NREL) report published in 2016. First is the perceived prohibitive cost, which is rapidly falling as technology advances and can be partially offset by government bursaries and schemes.

Similarly, many drivers worry about a lack of charging points, but this is becoming less of a concern as Poppy Welch, head of the Go Ultra Low scheme explains. “Since the introduction of government’s plug-in car grant in 2011, registrations of electric cars have grown dramatically from 1,089, to last year’s volume of 36,673.” In Europe, there are now nearly as manycharging points as there are gas stations.

The last major concern is range. The LMC report revealed that vehicles would need to travel 300 miles on a single charge for the majority of recipients to consider a purchase, which is close to being achieved due to improvements in battery technology.

Complementary to research into alternative battery technologies including cobalt, range can be extended by retaining energy lost through braking.

Traditional friction brakes convert the kinetic energy from the car’s motion to heat, where it is lost. However, regenerative brakes have the ability to recapture this energy.

When the motors that power the wheels of an electric vehicle are run in reverse following depression of the brake pedal, they become generators, producing energy that can then be stored in the battery keeping it partially charged, contributing to improved battery health.

Despite the many benefits of regenerative braking, it could present problems when the battery is fully charged or due to an electrical fault. Cressall’s water-cooled EV2 resistor can discharge excess energy captured through regenerative braking in these situations.

The EV2 can also provide cabin heating, of particular importance during winter or in colder countries. Instead of using dedicated resistance only for heating, which is an additional component and draws a lot of current from the battery, the EV2 resistor can allow the transfer of heat into the cabin through cooling or heating water in much the same way as in internal combustion cars.

Regenerative braking may be able to capture half of the 80 per cent of energy lost through traditional friction braking and put it back to work by heating the cabin.

Electric vehicle technology is continually developing through improvements in battery technology, regenerative braking and charging stations and this is only set to continue in order to meet the increased demand for electric vehicles. Although electric cars became unpopular after 1900, there is little doubt that 2018 will more than make up for it. Imperas Software, a specialist in virtual platforms and high-performance software simulation, has announced that Razorcat …