Karen Finegold, executive director of the engineering industries has been invited to join the Board of the Genesis Initiative.

The Genesis Initiative was formed to improve the quality of the debate on SMEs and create economic reform, driven by SMEs and supported by Parliamentarians. 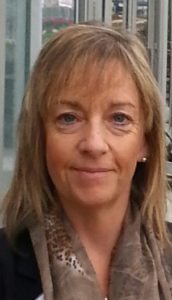 The role of Genesis is to act as an umbrella organisation, working on UK SMEs behalf to optimise potential growth in the SME sector by fostering a “can do” culture. Genesis aims to participate fully in achieving economic and structural reforms that will enable business to flourish.

The organisation works through a Senate which meets during each Parliamentary session and brings together representative of entrepreneurs, SMEs academia, parliaments and assemblies and SME organisations within the UK.

Currently 117 organisations are involved in the Genesis Initiative representing some 1 million members.

The Board determines the Initiative’s overall policy as well funding and specific issues relating to the operation of the Company and Senate. The board also oversees the preparation of the Genesis manifesto.

The Genesis Initiative believes that small business is the backbone of the British economy and when it does well the whole country does well. New jobs, new ideas and new wealth will be created if small businesses are thriving. Its role is to help sustain this business environment.