Novelda, a developer and manufacturer of adaptive smart sensors, has announced the XeThru Developer Platform for sensing applications based on its second-generation X4 ultra-wideband (UWB) impulse radar system-on-chip (SoC). With this technology, OEMs and system developers can easily implement sophisticated sensors that can detect small movements, determine presence and room occupancy, and monitor respiration and other human vital signs with unprecedented accuracy and discrimination.

Supporting various host environments, such as MATLAB, Python, C++ and C, the XeThru platform provides everything developers need to rapidly start prototyping their radar application designs. The hardware bundles an X4 SoC with an MCU board and a PCB antenna, while communications software provides an API layer that enables access to the full functionality of the SoC, and open source reference code allows the use of digital signal processing libraries to extend system performance. 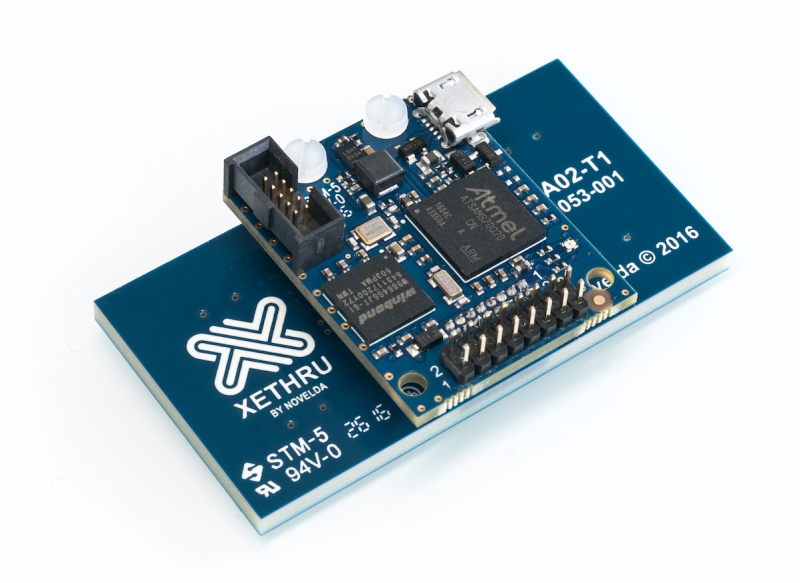 Integrated into a single chip, the X4 UWB impulse radar SoC combines a transmitter, which can operate at center frequencies of either 7.29 GHz or 8.748 GHz for unlicensed operation in worldwide markets, with a direct RF sampling receiver and a fully programmable system controller. The X4 SoC delivers some key performance improvements over the previous design: its frame size is now configurable for different applications and the range, for simultaneous observation, has been increased from 1m to 10m, making it 10x faster and much more suitable for presence detection; its on-chip advanced power management functions enable low-power duty cycle control and dramatically reducing power dissipation; and its higher level of integration reduces external component BOM costs by more than 50 per cent.

“The real benefit of the XeThru X4 Platform is in kick-starting the development of more advanced radar sensing applications, allowing customers who aren’t radar experts to do more than simply build a system with off-the-shelf sensors”, said Cornelia Mender, CEO, adding, “That said, we will also be upgrading our own presence detection and respiration sensors to take advantage of the enhanced performance of the X4 chip. And for customers who start with our X4M03 hardware and want to go straight to production, we will be offering the X4M02 as a single-board module that is 100% code compatible but at a lower cost in higher volumes”.

Intended specifically to aid the development of sensors based on UWB radar technology, the components of the XeThru Developer Platform include:

·      X4M03 Radar System – three interconnecting circuit boards that provide all the hardware required to prototype a target application – the X4SIP02 radar subsystem (the X4 chip mounted on a small daughter board), the X4A02 antenna board, and the XTMCU02 MCU board.

·      XeThru Embedded Platform – open source reference code, supplied as an Atmel Studio 7 project, that will run on the X4M03 and allow developers to implement their own radar module firmware, taking advantage of an API layer that provides access to the full parameter control of the X4 SoC and the ability to process data using standard DSP libraries.

The X4 Impulse Radar SoC is the smallest UWB radar chip currently available in the market and offers unprecedented ease-of-use and BOM cost advantages. As a UWB radar solution it has been highly optimized for occupancy and respiration sensing applications and provides sub-mm accuracy with a simultaneous observation range up to 10m. Operating at below 10GHz allows it to see through obstacles and its ultra-high spatial resolution allows the detection of multiple objects. Specified for industrial temperature range applications from -40°C to +85°C, the chip includes advanced power management features to ensure low power consumption (typically < 120 mW).

The XeThru Developer Platform makes all the X4 SoC performance advantages available to anyone wanting to design advanced sensing solutions without the need to be an expert in radar or antenna design.

Voicing his feelings after participating in this year’s International Solid-State Circuits Conference, Jørgen Michalesen, senior IC design engineer at Novelda said: ‘ISSCC has always been the world’s go-to forum for cutting-edge developments in IC design. So, we were very proud to have been accepted as a presenter at this year’s event.’ He continued: “To have taken an active role in this prestigious conference at such an exciting time in Novelda’s development was very exciting. The many positive discussions we had with delegates about our X4 radar technology made it very rewarding.”