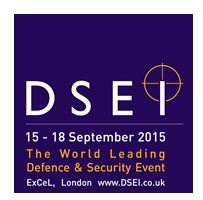 Defence & Security Equipment International (DSEI) 2015 takes place at ExCeL, London from 15th – 18th September. The event will have its strongest ever aerospace offering, with leading platform and systems suppliers as well as smaller, specialist systems suppliers and the event will again feature an Air Zone dedicated to the aerospace supply chain.

While aerospace platforms are still central to the capabilities that will be on show at this year’s DSEI exhibition, the event will also reflect the increasing emphasis on through life support and selective upgrades – a development which is being driven by the critical global trend in capital intensive programmes.

Chairman of DSEI organisers, Clarion Events, Defence and Security, Rear Admiral Simon Williams asserts that while the current focus of military aerospace procurement is on platforms, especially fast jets, the longer term will see systems design, development and integration come to the fore. He explains, ‘The new generation of fast jets are designed to have a long life and to be highly upgradeable, so demand for systems will be constant. The market is very large – currently NATO member countries have some 4,200 fast jets with significant orders in place for new aircraft, notably the F-35.’

Another significant factor driving the systems market is cost. Admiral Williams said, ‘The new platforms have unprecedented levels of capability, but not every nation can afford them. However, a large number of aircraft such as Lockheed Martin’s F-16 are in service around the world and will probably continue for another 15 to 20 years, providing another valuable market for systems suppliers and integrators.’ Suppliers of F-16 upgrades include BAE Systems, Boeing and Lockheed Martin, all of which will be exhibiting at DSEI.

Admiral Williams concluded, ‘Overall aircraft numbers have declined but the sophistication of each platform has increased the critical capabilities available from the tactical to the strategic level. Twenty years ago the UK Royal Air Force, for example, had a fleet of 500 fighter aircraft while today it has some 200. The market has changed and continues to do so. DSEI reflects this as the main prime manufacturers offer complete upgrade and life extension packages for a host of platforms. In addition, the many original equipment manufacturers that support these solutions also offer a range of other innovative solutions designed to give the edge in conflict and crisis.’

The exhibitor list features such OEMs and tier one suppliers as Airbus Defence & Space, Bell/Textron, Finmeccanica, L-3, Northrop Grumman, Saab, Raytheon, Thales and UTC. The exhibition also proves itself to be a valuable forum for smaller, specialist systems providers with many suppliers from other tiers exhibiting.