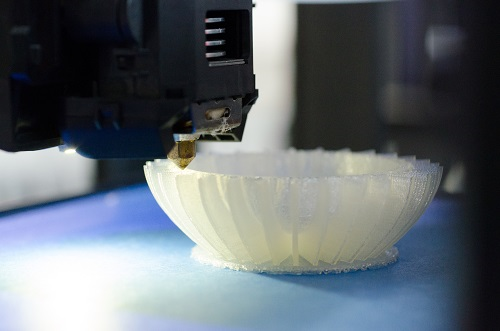 New technologies are brilliant but, for better or worse, all of them are susceptible to the twisting, labyrinthine, eldritch machine known as the Hype Train. It’s also called the Gartner Hype Cycle, if you want to be clever about it. Here, Jonathan Wilkins, marketing manager at European Automation, marks the dizzying highs and lows product innovations take during this epic journey.

Looking back at past technologies, it’s clear that new, groundbreaking innovations are destined to follow the trajectory laid out by the Gartner Hype Cycle without fail. The cycle runs technology trigger, peak of inflated expectations, trough of disillusionment, slope of enlightenment and finally, the plateau of productivity.

But this is our fault; humans love to get excited about things and think ahead to something better. Unfortunately, after the heady heights of the peak of expectations inevitably comes the trough of disillusionment.

The Trough is often the key point of the cycle, the part responsible for the product’s success or failure. This is the time after the product has been hyped beyond its ability to deliver and the public realises it can’t make good on the claims made about it, at least not right away. Whether it makes it out of the trough and onto the plateau depends entirely on people’s behavior after the hype has moved on.

In the past we’ve seen technologies move along various stages of the cycle, eventually catching up with their potential some years down the line.

The Internet has been riding high on the Plateau of Productivity for years now; with some of the things it has led to outstripping the claims from the height of its own peak of expectations.

One might argue that 3D printing is just starting to slide into the trough.

The early claims, like being able to bio-print entire human organs for transplant, may well be possible, and even likely in the next decade. But we aren’t all going to pop down to the chemist for a new liver any time soon. Not to sound too cynical, but if what is being promised seems too good to be true, that’s a sign that a technology is cresting the peak and heading into the trough.

However, in the last year or two 3D printing has undergone a promotion from being used exclusively as a method of creating prototypes to a method of manufacturing.

Indeed, new uses for the technology are being implemented all the time. February this year saw the production of the world”s first 3D printed metal bike frame by UK engineering giant Renishaw and Empire Cycles. The frame was produced using additive manufacturing techniques in titanium alloy and weighed 33 per cent less than the original model.

This new found lease of life, after being resigned to merely prototyping, suggests that 3D printing could actually be taking on the slope of enlightenment.

Self-driving up the peak?

One technology that is currently enjoying a ride on the peak of inflated expectations is autonomous vehicles. Google recently released a video of its self-drive car, which has no steering wheel, no controls and no pedals. The car instead uses a combination of laser and radar sensors along with camera data to drive autonomously.

Again, it’s difficult not to get excited when contemplating the potential of this new technological advance. Think of all the work you could get done on the drive into the office when you don’t have to pay attention to the roads. More importantly, think of all the time and money you’ll save on nights out. There will be no more waiting for taxis in the pouring rain – you can take your autonomous car home.

In reality the Google car only tops up to 25mph, which restricts it to certain roads. Even at this low speed, I’m still not sure I’d feel safe entrusting my safety to a few cameras and sensors. I’ll keep my steering wheel for now, at least until the slope of enlightenment.

Internet of Things on top

As the self-drive car illustrates, technology is advancing to the point where humans become redundant in certain environments. The Internet of Things (IoT) is one of the key technologies helping remove us from the driving seat.

In the automation industry, the IoT currently sits atop a very big peak of expectations. Imagine if equipment could estimate and express when it needed repairing or replacing. Imagine if automation parts could recognize whether they are reconcilable with equipment or overall systems before being shipped. What if they were even able to suggest appropriate alternatives?

Sounds ambitious, but these are the kinds of IoT by-products that Gartner predict will be enjoying the plateau of productivity within the next five to ten years. This new advanced level of interconnectivity in plants has the potential to create a remarkably efficient automated future.

No matter what stage

European Automation is firmly invested in the realism of the plateau of productivity, despite being as excited as the next industrial technology expert by the technology trigger. While we are interested in the what-ifs and predictions, the majority of our work is focused on delivering real-life, usable, functional technology.

We are committed to providing the most up-to-date solutions for cutting edge use, such as sensors and industrial PCs and PLCs used in Internet of Things applications for instance. But we are equally at home sourcing an obsolete inverter manufactured in the early nineties for a straightforward replacement.

While it’s great fun to look ahead and see what may be possible ten or 20 years down the line, it is important to stay grounded as well; so we can deliver the best possible service now while keeping an eye on the future to ensure we stay ahead.