A look back on successful decades, and the prognosis that there are plenty more to come

The hard disk has turned 60. Nearly time for retirement? Not a bit! The device that made its debut in 1956 under the name of IBM 350 remains indispensable to this day as far as data storage is concerned. It has to be admitted: with a weight of one tonne and a height of 68 inches, the debutante did not have what one could call a ‘sylph-like figure’, but it showed much promise nevertheless. IBM presented this ‘world’s first’ hard disk drive to the public on 4 September, the first chapter of a long success story. At first there was nothing to buy: the drive could only be leased as a component of the IBM 305 computer, which could be had for USD 3,200 per month. A freight plane was needed to deliver the package. 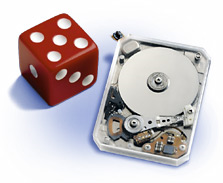 The principle has remained the same throughout: The actual data carrier is a disk with a magnetically sensitive surface. The storage of data takes place through magnetising the surface in a specific way. This is done by means of a so-called read-write head located just above the rotating disk which encodes the data to be stored by altering the magnetisation of tiny parts of the disk. The data is retrieved by detecting these magnetisation patterns and recoding the result. To do this, the head returns to the location (‘track’) to which the data was originally written and waits until that data is moved directly underneath by the rotation of the disk. The magnetic pattern is detected in the form of an analog signal that is then converted back to digital information.

60 years ago, IBM was able to achieve a storage capacity of 5 megabytes with this technology. The IBM 350 contained 50 aluminium storage disks, each 24 inches in diameter, and 2 read-write heads. The disks rotated at 1,200 rpm, and the access time was 600 ms.

It did not take long until this invention underwent dramatic improvements. The size became much more compact, the energy consumption was reduced and at the same time the capacity and speeds of storage and retrieval increased. Only a few years later, in 1962, IBM set a new milestone: Model IBM 1301 with 25 MB storage capacity, 20 aluminum disks and 1,800 rpm. The innovation that made the difference was that the number read-write heads had increased. Each side of a disk now had its own head, was which reduced the access time to 180 ms. Another new development was that as well as being available for lease, the device was also for sale at USD 115,500.00.

Initially, IBM was the only hard disk drive manufacturer, but other companies soon joined in: 1963 Fujitsu, 1965 CDC, 1967 Toshiba, Hitachi and DEC. By the turn of the millennium, the hard disk market contained up to 15 major suppliers. However, this number has now sunk dramatically on account of takeovers and companies ceasing production. The market is now supplied by Western Digital, Seagate and Toshiba.

With its ST-506 model, Seagate also presented a 5 MB hard disk in 1980. However, it was significantly smaller: the world’s first 5.25′ disk. This size remained available until the mid nineteen-nineties. The price was around USD 1,500. 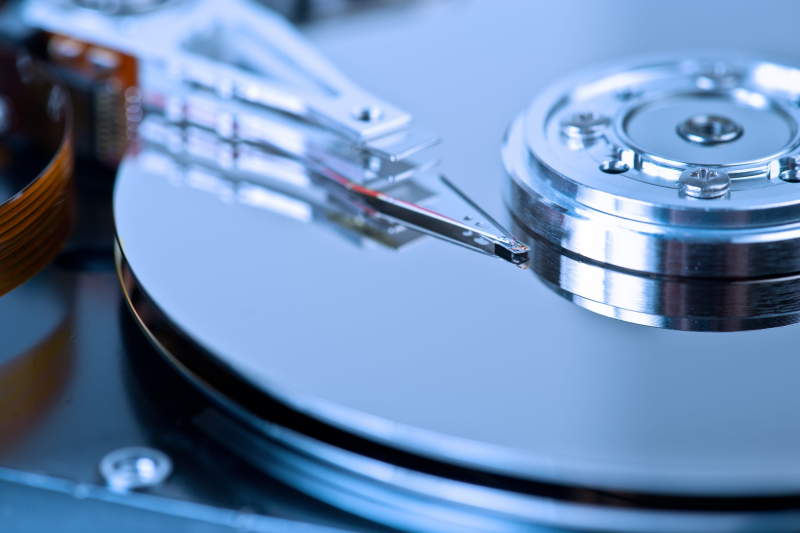 Until the 1980s, hard disk drives remained rare and very expensive. However, at the close of the decade they became standard equipment in many common PCs. The capacity ratings have been repeatedly revised to reflect new technologies: At first they were measured in megabytes, from the mid nineteen-nineties in gigabytes, and since 2008 gigabytes have been supplanted by terabytes.

Then, in 1990, came IBM’s ‘IBM 0681 Redwing’ with 857 MB and 5.25′. This was the first HDD to use PMRL technology. This was a new method for converting the analog signal to a digital signal, and it became the standard for all modern hard disks. It allowed for far more precise detection of the magnetic signals during read operations, opening up a new range of data density in terms of bits per unit of surface area.

The world’s first HDD with a storage capacity of 1 terabyte appeared in 2007: The Hitachi Deskstar 7K1000 with a size of 3.5′. Then, in 2010, the first HDD featuring the so-called ‘Advanced Format’ was produced. Hard disks store data in logical blocks known as sectors. Until 2010, all manufacturers had maintained a uniform sector size of 512 bytes. Then IDEMA, the storage industry trade organization, resolved to increase this value to 4096 bytes (4 kilobytes). This allowed for higher data density and previously unattainable capacities above 2.2 terabytes. 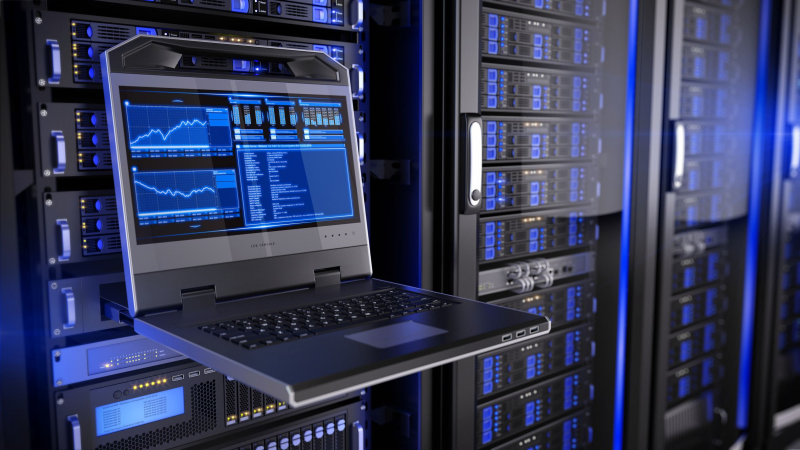 In 2013, HGST’s Ultrastar He8 3.5′ was presented as the world’s first helium-filled hard disk. This development allowed for smaller component sizes which in turn meant that more disks could be incorporated and the capacity increased to 6 TB. The helium also made for lower energy consumption, lower heat generation and lower noise levels.

In 2014, Seagate presented the Archive HDD v2, the first 8 TB hard disk to implement the Shingled Magnetic Recording (SMR) technique. SMR is a method of writing data by which the magnetic tracks on the disk can be arranged to overlap each other instead of having to be parallel. This increases the storage density and hence the total capacity.

Many modifications have been introduced since the pioneering days of hard disk technology. The entire data processing infrastructure has developed at an astonishing speed, and the demands made on hard disks have become correspondingly more stringent. 60 years ago only very few people may have had an inkling as to how diversified the uses and characteristics and how great the capacities would become. In those days, IBM was simply looking for some kind of viable alternative to drum memory and magnetic tapes – now it is still an indispensable part of the digitised world.

In some areas of use, however, the number of hard disks used has declined, in some cases even to zero. This is due to the advent of flash storage technology. The advantages of a more compact overall size, higher speeds and lower prices have combined, so users more and more frequently choose flash solutions, at least where the capacities involved are not very large. In contrast to hard disks, the flash technology does not involve mechanical components. Data is stored in the form of electrical charges on a so-called floating gate. Some time in the future, highly sophisticated flash technologies such as 3D-NAND will be able to compete in large-volume applications as well. But they, too, will find themselves under pressure from even newer, even more advanced options. Such as chlorine atom memory, for instance. This technology promises to provide 500 times greater storage density than the best data storage media available today. DNA storage media operating at molecular level also have much higher storage densities.

However, for handling really large volumes of data, there is still no alternative to the hard disk at present. For this technology still has the edge on flash solutions in one important area: the cost. Specifically, in the cost per gigabyte. In the era of big data, the IoT and a burgeoning cloud industry, this remains a powerful argument. 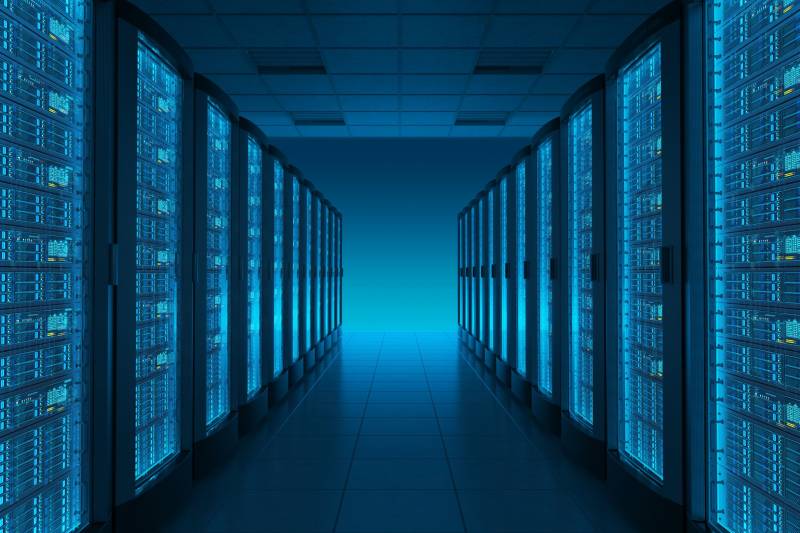 For we are producing huge amounts of data, almost inconceivably huge, and the pace is increasing. 90 per cent of the data now in existence was produced in the last two years. At present around 204,000,000 emails are sent, 12 hours of video material uploaded to YouTube, 277,000 tweets sent and 216,000 images posted on Instagram – every minute. We use streaming services and access enormous server farms. Even in 2015, 37 per cent of all German web users were listening to music via services such as Spotify. The IoT is currently being “fed” by approximately 6.4 billion devices and machines.

The demand for storage capacity increases in parallel with the volumes of data that are produced. According to a forecast by IDC, the volume of all the world’s stored data will reach 16 trillion gigabytes by next year. Where these volumes are involved, differences of a few cents multiply into millions of dollars. Neither in domestic NAS systems nor in huge server farms do flash solutions represent a viable alternative to hard disks. Before anything like that could happen, billions would have to be invested in production facilities.

So the 60-year-old technology will still play an important role in the future. According to PwC, companies intend to invest around 910 billion dollars per year in industry 4.0 by 2020. By then, 21 billion devices and machines will be connected with the IoT, and according to Seagate they will produce 40 zettabytes of data.

So the demand for cheap storage capacity will increase. As far as the hard disk is concerned, this means that more will be required of it and it will need to develop further. One such improvement is HAMR technology, for instance. This involves the use of a laser that briefly raises the temperature of the magnetic material to 450°C during the writing operation. The higher temperature means that the field strength for writing can be lower, so the write head, and hence also the data tracks, can be smaller. 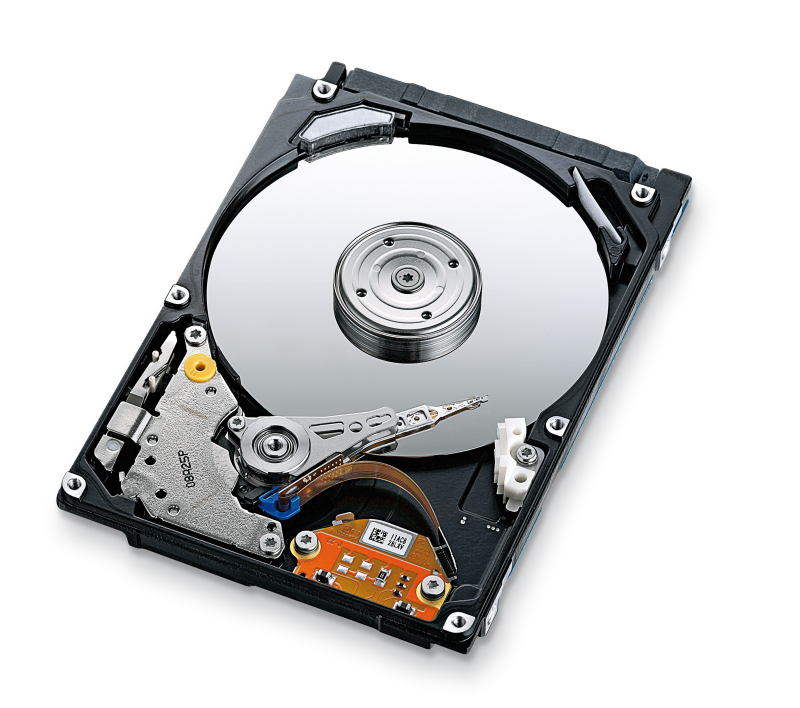 The question that remains is to determine which product is best suited to which application. The hard disk has turned 60, and for Rutronik it has been an essential component when it comes to finding solutions for industrial use for nearly 30 years now. Rutronik can supply all the sizes and capacities that are currently available on the market – and this will continue in future through its close partnerships with all the leading manufacturers: Intel, Swissbit, Apacer, Toshiba and Transcend.

In terms of quality, delivery times and prices, these partners are able to cater to practically any requirement or customer need, including customer-specific solutions for special applications. Customers are provided with extensive support by Rutronik’s storage media specialists in selecting the right product for them.