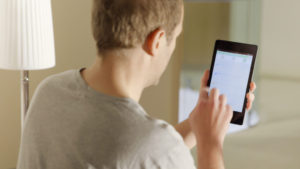 Even huge enterprises such as Apple and Amazon have jumped on the smart home bandwagon. Voice control and compatibility are two of the most important reasons for rapid growth rates. However, many manufacturers continue to close themselves off from the competition by producing isolated solutions. Experts view this behaviour as outdated and counterproductive. Studies also show that customers want something completely different.

Applications for energy management, entertainment and communication are the most popular among smart home users. Factors such as security and convenience are also important. It is therefore no surprise that large corporations as well as smaller, specialised companies are focusing on voice-activated assistants such as Alexa, Siri or Google Now for smart homes. Controlling a smart home has never been more convenient. Nevertheless, choosing and setting up a smart home is often considerably more complicated than many would wish – and, indeed, than it needs to be. 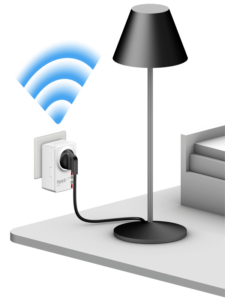 Representative surveys show that more and more people in Europe are using smart home applications. However, the smart home market is not even close to reaching its full potential, as only very few consumers are completely opposed to using the technology in principle. One of the most common criticisms is that devices from different manufacturers are often incompatible with one another. Most users would prefer to be able to control all of their smart home applications using a single app.

However, in most cases, that’s not possible. Instead, individual manufacturers, with their isolated solutions, are embroiled in a battle for market shares – a struggle so embittered that ultimately, they are only harming themselves. “The range of smart applications on offer involves all kinds of manufacturers and providers”, explains Bianca Emmert from market research firm Dr. Grieger & Cie., adding that this situation causes market players to lose sight of the user at times. In order to continue the positive growth the smart home market has seen in recent years, manufacturers, trade and businesses need to take a less technical and more consumer-oriented approach and adjust their communications strategies accordingly, says Emmert.

Some companies are rethinking their approach

A number of companies, such as Panasonic, Huawei, VTech, Crow, SerComm and AVM are already pursuing a more customer-friendly strategy by using the wireless standard Ultra-Low Energy (ULE). Furthermore, Deutsche Telekom, Germany’s largest broadband supplier, recently made it possible for customers to integrate thermostats, smoke detectors and a wealth of other smart devices into their networks with ease using their router by means of ULE. The company plans to make a total of 1.2 million households “smart” each year from now on. Some Deutsche Telekom gateways already support ULE, and a large number are poised to follow suit. Providers in the UK and several other countries could follow this example. 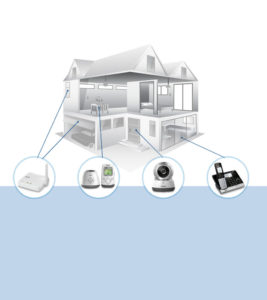 ULE-based smart home products that have been certified by the ULE Alliance can be combined regardless of their manufacturers in a manner that was only possible for WLAN clients until now. In addition, the ULE wireless standard, which is based on DECT frequencies, is also ideal for transmitting speech. This means that users of these products do not need to wait until the various manufacturers align their products to allow sensors or actuators to accept voice commands from actuators produced by other manufacturers, since this is already possible with certified ULE products. Furthermore, the standard was not only developed for secure transmission, but also functions offline, unlike voice-activated assistants such as Alexa, Siri or Google Now. If ULE smoke detectors register a hazard, the smart home can potentially not only warn users without an internet connection, but also inform them immediately of the location of the fire or even the best escape route by means of voice instructions.

There can be no doubt that it is technically possible to fulfil consumers’ wishes and offer compatible, voice-controlled smart home solutions. The only problem is that the wishes of the end user do not seem to be the top priority for many companies. However, ignoring customers’ needs rarely pays off, as companies such as Nokia, Grundig and Yahoo have learned at great cost.