Consumers suffering due to ISP lock

For over a year now, consumers in Germany have had complete freedom of choice with regard to the terminal devices they use for their broadband connections. Legislation is considerably less consumer friendly in a number of other countries, however – and the UK is one such case. The German example shows that freedom of choice with regard to routers does not lead to the horror scenarios providers enjoy conjuring up; indeed, the opposite is true. 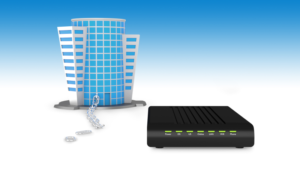 As early as 2015, the EU made it clear that end users have the right to decide for themselves when it comes to the broadband devices they wish to use. Notwithstanding this, the reality is different: millions of customers are still being forced to use the modem or router supplied by their broadband providers. Customers generally only need the login details in the form of a username and password to set up their preferred terminal devices, yet often do not receive this information – even when they request it.

Things are considerably better for consumers in Germany: customers have been able to decide which terminal devices they will use for their broadband connections since 1st August 2016, thanks to the Law on the selection and connection of telecommunications terminal equipment (TK-Endgerätegesetz). The Act explains in detail that the public telecommunications network ends at the passive network termination point, i.e. at the socket on the wall. This clear definition means that providers can no longer argue that the terminal device is part of their network.

The free choice of telecommunications terminal equipment has been embraced by numerous consumer organisations as well as the Alliance of Telecommunications Terminal Equipment Manufacturers (VTKE). “Forcing users to deploy a particular router exposes them to considerable disadvantages, such as missing functionalities on the compulsory terminal device or problems with regard to IT security and data protection”, says Simon Kissel, founder and CEO of router manufacturer and VTKE member Viprinet. “For over a year now, consumers in Germany have been able to choose whether they are satisfied with the provider’s standard device or whether they wish to buy a terminal device that better meets their needs. However, the chaos providers had feared failed to materialise – as expected”, says Kissel.

The advantages of allowing end users to choose their own terminal devices are obvious: they can boost the performance and increase the range of functions on their terminal devices and thereby improve their home networks by using a higher quality product than that supplied by the provider. Furthermore, if, for example, the router is no longer legally considered part of the public network, all data is still located within the private network, which means that the user’s privacy is significantly better protected. Moreover, if security issues arise, consumers need no longer wait for the network provider to take action; they can help themselves and resolve the issue by applying security updates or replacing the terminal device if necessary.

Changing providers also becomes easier, since consumers can simply continue to use their “old” terminal devices. There is no need to purchase a new device or reconfigure settings.

“Ultimately, open competition that favours end consumers inevitably also gives rise to more efficient and more innovative products”, explains Christian Auerswald, CEO of Auerswald GmbH, an ITC systems and IP communications solutions provider that is also a member of the VTKE. “Logically, this is beneficial to customers in the end – but also to innovative, ambitious companies”. In many respects, therefore, ISP lock is hindering important developments and trends. The mobile communications market, where consumers have always been able to choose their mobile devices freely, is a prime example of the rapid and sometimes even revolutionary nature of development. As a result, consumers can now use their smartphones to perform tasks that have absolutely nothing to do with traditional telephony. The companies that took the most customer-friendly approach to promoting these developments are now in the most favourable positions. Without this move away from compulsory products, smartphones would not be nearly as powerful as they have become.

Despite sometimes strong resistance, German users have been able to select their own terminal devices for DSL, cable or fibre optic connections for a year now, depending on their own wishes and needs. There is no trace of horror scenarios such as overloaded hotlines and service teams because customers cannot get their selected products working or network breakdowns caused by customers’ terminal devices. Nonetheless, ISP lock still prevails in the UK and in many other European countries. The only option for customers who wish to use the terminal device of their choice is to connect it behind their providers’ compulsory routers. However, this involves costs for the consumer and for the environment; after all, customers have to pay for two devices, and also end up paying double for the power supply.