congatec – a leading technology company for embedded computer modules, single board computers and embedded design and manufacturing services, showcased a best practice design solution for the simplified orchestration of wireless sensor networks at embedded world (hall 1, stand 358). It is based on the new, application ready congatec Cloud API (Application Programming Interface) for IoT Gateways that is capable of integrating any local sensor networks into any cloud solution. 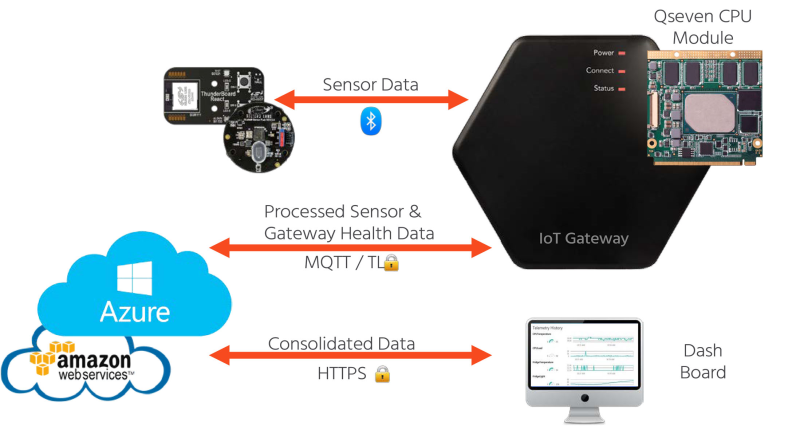 The new Cloud API from congatec impresses with its application readiness and built-in openness to integrate a broad range of wireless sensor interconnects, including Bluetooth LE, ZigBee, LoRa and other LPWANs, as well as wired protocols for building or factory automation via one single Cloud API. Even heterogeneous protocol configurations and communication with other gateways are possible. Typical applications for the latter scenario are Industry 4.0 connected machines and intra-logistic systems.

“Each smart sensor network has its own demands. Often, heterogeneous sensor networks are required and various different database implementations can be found in IoT clouds as well. At the edge of the IoT we are able to manage these heterogeneous, bidirectional demands by centrally orchestrating local smart sensor networks including the IoT edge gateways themselves. Our application ready congatec Cloud API for IoT Gateways meets this demand. Its freely programmable software modules can be instantly utilised to get access to our boards and their data as well as connected sensor networks. They are available in C++ and can be used as a blueprint for any custom specific implementations. which highly simplifies the development of individual IoT solutions,” explains Christian Eder, director of marketing at congatec.

The main software components of congatec’s best practice solution are the different Cloud API function modules as well as the demo and test modules for provider independent IoT clouds. The sensor engine of the congatec Cloud API for IoT Gateways makes the communication with the local sensor and actuators independent from any protocol. Additionally, it normalises the data records to freely definable physical units and checks for consistency. The congatec operating system (CGOS) library integrates relevant gateway system parameters, such as system temperatures, CPU workload and intrusion detection. The rule engine enables the gateway to locally initiate warnings and automated actions if certain values exceed or threaten to exceed a defined threshold. Finally, the communication engine takes care of encrypted and provider independent data cloud communication via wired or wireless internet connections. The IoT cloud evaluation software provides the required tools for consolidating the sensor data in the cloud. Additionally, they can establish central messaging and control rules for the connected IoT applications, define further escalation scenarios and provide dashboards for remote clients.

congatec provides OEMs on request with all required software modules in the C++ source code, which simplifies the development of own IoT applications for Linux and Windows based on this application ready reference design. On demand, congatec also provides additional software services for the Cloud API and its cloud connection.