OMC, the pioneer in optoelectronics, has announced that it has developed a new proprietary technology that produces far richer, brighter LED emitters than traditional coloured LEDs. OMC’s Active Diffuser Technology will benefit applications such as status indication and signalling, as well as colour illumination applications such as mood lighting. 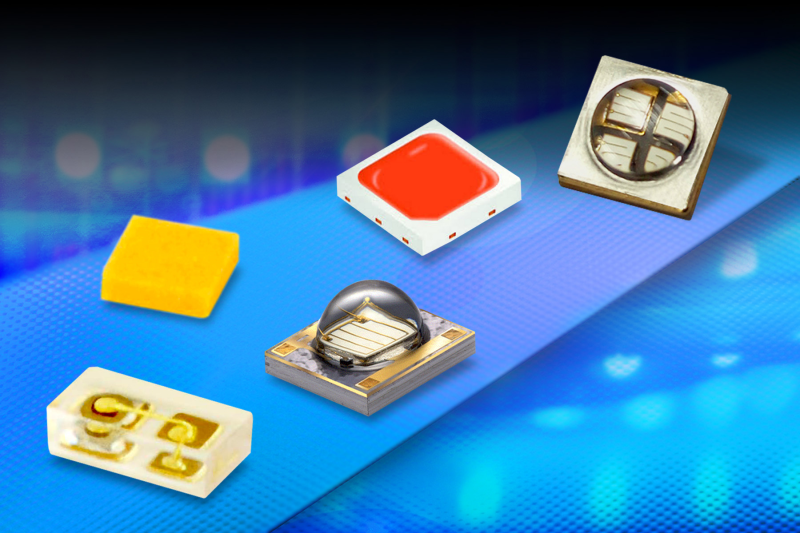 Active Diffuser Technology is a method which combines a blue LED chip with different coloured phosphor-based diffuser media on top of the LED chip to manipulate the light wavelength, producing more intense, richer red, amber and green LEDs. The power output and efficiency of the emitters is comparable to blue gallium nitride based LEDs and the colours are richer than those of traditional LEDs because the output is made up of a wider spread of wavelengths, rather than a narrow peak.

As an additional benefit, the diffuser medium provides a more homogeneous output, eliminating the wire-bond and lead-frame shadows commonly seen in the beam pattern of standard LEDs.

“Normal red, yellow and green coloured LEDs currently on the market tend to use an aging chip technology which is falling behind that of newer colours such as blue and deep green in terms of efficiency.” said William Heath, OMC’s commercial director. “Our new Active Diffuser Technology makes a new generation of high output red, amber and green coloured LEDs available to designers to enhance the appearance and functionality of their latest products.”