Paul Bandy, senior product director, Aerco talks about the importance of choosing the right supplier in the defence industry 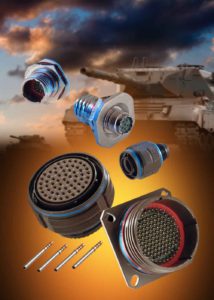 In 2016, for the first time in six years, the UK’s defence budget increased, to £35.1bn. Current spending plans schedule incremental increases of around £1bn each year until 2021. According to the latest report by the Stockholm International Peace Research Institute (SIPRI), this is part of a global trend: the USA still spends by far the greatest share – 36 per cent – of the global $1.686 trillion arms budget, while France is the leading European player.

Much of this increase is due to the changing nature of defence. The world has grown reluctant to put ‘boots on the ground’, preferring instead to rely on technological solutions such as more sophisticated monitoring systems, unmanned vehicles, drones and smart missiles and bombs. A very good example of the complexity of modern defence systems is provided by the £323 million deal secured by MBDA for the next batch of cutting-edge air defence missiles for the British Army and Royal Navy.

The Common Anti-air Modular Missile (CAMM) has the capability to defend against anti-ship cruise missiles, aircraft and other highly sophisticated threats. CAMM will be deployed using the Sea Ceptor and Land Ceptor weapon systems that will protect the Royal Navy’s Type 23 and future Type 26 warships, as well as enhancing the British Army’s Ground Based Air Defence system.

Sea Ceptor and Land Ceptor use innovative radar and datalink technology to guide the CAMM with incredible accuracy. CAMM’s associated radar system tracks the maritime or land based threat and uses the datalink to update the missile with the location of the threat. The CAMM’s own active radar seeker can then take over the missile guidance. The missiles are designed to provide 360-degree coverage and high degrees of manoeuvrability.

This contract, and other major UK defence programs currently ongoing, such as the F-35 fighter, Dreadnought nuclear submarines and P-8 Poseidon spyplanes show the uptake of innovative technology by the Defence industry. Speaking at the announcement of the MBDA contract award, Sir Michael Fallon, Secretary of State for Defence commented: “Backed by our rising defence budget, these contracts will sustain high-skilled jobs across the UK and demonstrate that strong defence and a strong economy go hand in hand.”

First, there is the need for the highest spec components. Parts must be fit for purpose and capable of withstanding severe environmental conditions. Missiles and rockets will experience huge G forces; they may also experience extremes of temperature and vibration. Such conditions will test all types of components and the integrity of the solder joints and mounting, but connectors are among the most vulnerable parts as they are often designed for repeated mating, and also can also play a structural part in the design as well as transferring signals and power.

Another crucial difference in supply chain requirements is longevity of supply. While many people now treat even quite expensive consumer products such as mobile phones and laptops as ‘limited-life, throw-away’ items, systems deployed in the defence arena must last tens of years in service. Therefore, managing product obsolescence is a key concern.

Obsolescence leads us on to another thorny topic: counterfeiting. Since defence systems often have a longer life cycle than the components they are based on, there is a significant risk of counterfeit components entering the supply chain from unwary – or unscrupulous dealers. However, stringent new legislation is having an effect and there have been high profile cases resulting in lengthy jail time for those found to have knowingly sold counterfeit components into the defence market. Distributors will shortly be required to comply with, and then be approved to AS6081, which covers counterfeiting.

Finally, the defence industry is now requiring distributors that service this sector to offer a range of value add services. This can include kitting and worldwide procurement, as well as connector assembly. For example, costs may prohibit an OEM to retain an in-house connector assembly capability, while connector manufacturers may find it difficult to support fast turnaround requests. Specialist distribution can fill this gap and provide a much-needed service. 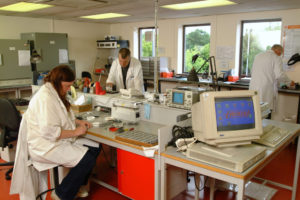 Aerco was created to service the aerospace and defence markets over 60 years ago, and now also operates in the medical, industrial, rail and transportation sectors. This focus has driven an emphasis on quality, therefore Aerco only trades with reputable suppliers, maintaining franchised partnerships with world-class manufacturers that enable the company to participate fully in Supplier Reduction Programmes. Its product range includes: Backshells, Cable, Wire and Accessories, Circuit Breakers, Coaxial Products, Connectors, Crystals & Oscillators, Data Acquisition, Fans, Fuses, Joysticks, Optoelectronics & Indicators, PCB Accessories, Relays & Bases, RFI/EMI, Semiconductors, Sensors, Solenoids and Switches. Aerco is approved to AS9120 and ISO9001 standards and has held SC21 Bronze Status for two years. It has received numerous approvals from specific OEMs and full traceability and assured certification is offered at no extra cost for defence customers.