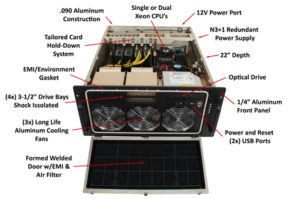 Chassis Plans has created and posted a new white paper that explains what High Performance Computing is and why it is critical for many defence, military and industrial applications.

There are several SWaP advantages by introducing the latest GPU technologies into a ruggedised platform. 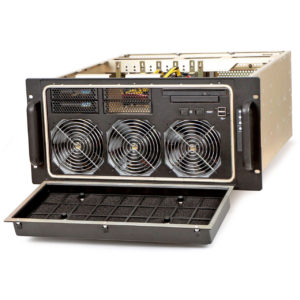 A single GPU server can process and analyse as much complex video and imaging data as 12 dual CPU servers! This performance benefit can greatly reduce the size of the overall system platform. A fully integrated 2U with single GPU system could be estimated to weigh under 30lbs, while the stack of twelve systems would reduce the overall platform weight by 270lbs. A single 2U system with a single GPU has a power draw of roughly 500W. In contrast, a 12-system version would have a power draw in the 4,000W range – saving over 3,500W in overall power draw.

When comparing size, weight and power advantages, an HPC configuration is the clear winner.

Though this whitepaper is primarily targeted to military applications, high performance computing also has many industrial applications.

Check out the whitepaper online at: www.chassis-plans.com/whitepapers/what-is-high-performance-computing-and-why-is-it-critical-for-defense-military-applications/