Casambi and LensVector have teamed up to give lighting designers unparalleled app-based control of beam shape, through one of the market’s most advanced and widely used wireless lighting control platforms. 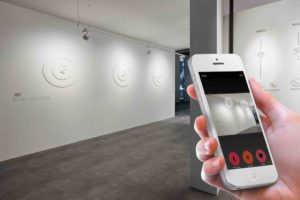 The Casambi app, available for iOS and Android smartphones, tablets and smart watches, can now be used to wirelessly control beam shape alongside dimming and colour, and incorporated into pre-set scenes controlled manually or by timers and sensors responding to daylight and occupancy. Casambi-enabled lights can also be controlled via numerous compatible wireless dimmers and controllers.

LensVector’s robust beam-shaping technology, made possible by dynamic molecular optics, allows the light distribution of luminaires to be easily adjusted from a less-than-ten-degree narrow spot to a very wide flood. With no moving parts, LensVector makes it easy for luminaire makers to incorporate dynamic beam shaping into products.

Luminaire manufacturers using LensVector’s technology include Targetti and Forma, whose products will be on display at the Casambi booth 131. Numerous other LFI exhibitors are also users of LensVector and Casambi technologies.

Brent York, president and CEO of LensVector, commented: “Dynamic, theatrical quality lighting has been completely impractical in most retail and hospitality environments – this changes with Casambi. Casambi’s solution is easily integrated by luminaire manufacturers and lighting designers get straightforward, intuitive control of the brightness, colour, timing, and now the shape of the light, through a simple app. Now we begin to realize the true power of LEDs and digital light.”

“We’re delighted to be bringing LensVector into the growing Casambi ecosystem,” added Timo Pakkala, CEO, Casambi. “It brings a brand new dimension of control to the Casambi app, and a very simple, flexible and effective way of providing designers with the tools to create dramatic shapes and textures of light.”

Held from 8–10 May at McCormick Place in Chicago, LFI is considered the world’s largest annual architectural and commercial lighting trade show, and is sponsored by the International Association of Lighting Designers (IALD) and the Illuminating Engineering Society (IES).