As the CM3 can be easily slotted in and out of any device with a standard, low-cost DDR2 SODIMM connector it provides an easy path for device creation, upgrading, or maintenance. Should your digital signage solution, for example, require new functionality or increased power after a period of use, upgrading its compute is now as simple as inserting a new board. The Compute Module 3 also has a more resilient storage built into the board making it a more robust compute option for industrial applications.

Support for Ubuntu Core on the CM3 is another significant step towards Canonical’s vision of ‘Software Defined Everything’; a world where all devices can afford general purpose compute. By installing Ubuntu Core on the CM3, device manufacturers have an easy and cost-effective route to the production of fully-featured devices and can easily upgrade functionality through the addition of snaps – the universal Linux application packaging format. In addition, device manufacturers can develop their own app stores, all while benefiting from the additional security of Ubuntu Core.

“Raspberry Pi has long been considered the compute board of choice for developers and innovators, the CM3 with Ubuntu Core creates a fantastic way to successfully deploy devices in production,” commented Mike Bell, EVP of IoT and Devices at Canonical. “The Raspberry Pi Foundation’s constant delivery of cost-effective, optimised general purpose single board computers is critical to the realisation of a software defined future. With CM3, the development of everything from an edge router to a smart lift, to a next-generation vending machine or digital signage solution has become more convenient and affordable, and is now as easy as developing a custom snap for your specific needs.”

Eben Upton, CEO at Raspberry Pi (Trading) adds: “Gaining official support for Ubuntu Core is highly significant for our Compute Module 3. It opens up a huge community of developers keen to leverage Ubuntu’s particular advantages in the IoT world; its resource-efficient footprint, versatility, and industry leading security benefits. As a result of this we expect to see a significant expansion of use of Compute Module 3, both in commercial applications and individual projects.” 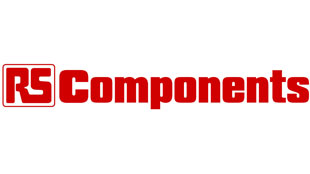 The Raspberry Pi Compute Module 3 will not only provide the basis for a number of new IoT products and connected devices, but is also highly likely to be adopted in other, already-established products currently running on more fully-featured Raspberry Pi boards, either as a means of improving existing compute or reducing costs.

‘Ubuntu Core is a critical part of Screenly’s future. Our digital signage platform powers over 10,000 screens around the world and Ubuntu Core enables us to focus on our application stack rather than having to manage the full operating system ourselves,’ says Viktor Petersson, CEO at Screenly. “Ubuntu Core meets our design specifications perfectly with a small footprint, a well designed and secure architecture. We are pleased to see it now being available for the Raspberry Pi Compute Module 3 as it will allow us to improve the stability even further thanks to the more robust hardware design this board offers.”

The CM3 features the Raspberry Pi 3’s BCM2837 processor and 1GB RAM, as well as a 4GB eMMC Flash storage device connected directly to the processor, making the memory more resilient, and omits the Wi-Fi present on the fully-featured Raspberry Pi 3. With a speed of 1.2GHz and a quad-core processor the CM3 runs at approximately 10x the speed of the Pi 1. An additional version, Compute Module 3 Lite (CM3L) brings the SD card interface to the module pins, so users have the flexibility of choosing to connect this to an eMMC or SD card of their choice.

You can order a Raspberry Pi Compute module from suppliers including element14 and RS Components.