ATS wanted to future proof its business by moving to an open and flexible platform that provided long battery life and the ability to easily add new features. The company’s exploration of new business models also required a bespoke solution, where ATS could keep the IP and have real control over specification, without having to compromise, that’s why Android was selected.

ByteSnap was responsible for schematic design, PCB development, and worked closely with the mechanical design consultancy to deliver an optimum layout where mechanical and electronic design needs were balanced and the camera, buttons and PCB were optimally placed.

To de-risk the project and improve development timescales, ByteSnap ported Android to a standard development platform and tested the performance on single and dual-core variants of the chosen CPU. 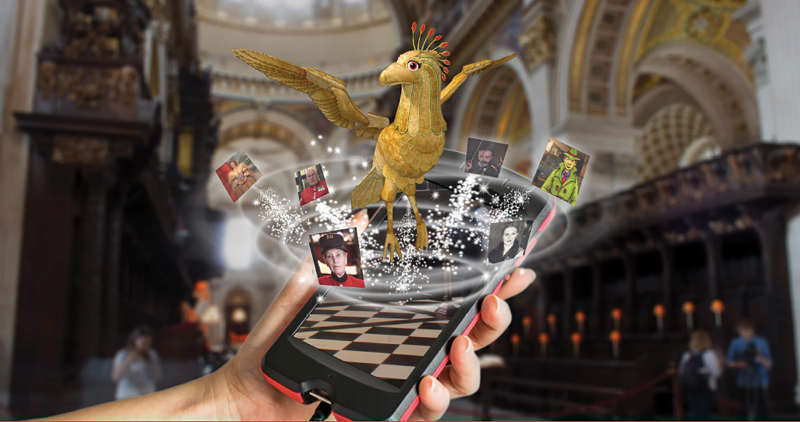 Other risk items for the custom Android device such as battery lifetime analysis and test of audio synchronisation using Wi-Fi were also tested on this platform before committing to the custom PCB.

A complex multi-layered board was necessary due to size limitations, especially with a large battery. The ByteSnap team developed a prototype based on the NXP i.MX6. This System on Chip (SoC) was selected for its performance and longevity, with manufacturer NXP guaranteeing to produce its core components for 10 years.

As ATS wanted two versions of the device, touchscreen and keypad, ByteSnap incorporated two display connectors, ensuring that the screen can be changed easily in the future.

For the battery to last an entire day and be chargeable overnight, ByteSnap calculated power usage, and devised innovative methods of reducing power, such as speeding up boot time, and using an accelerometer to track device movement, and only turn on the screen when a device is picked up.

Through the use of a Bluetooth beacon, an audio synchronisation system was incorporated into the device. When entering a room, the device is able to detect language preferences and synchronise audio with any film playing. Pulses are synchronised via Wi-Fi, and as a very low amount of data is transmitted, energy is saved. Crucially, the device can also operate in an environment with a high level of Wi-Fi traffic.

Additionally, Bluetooth low energy was used for theft prevention, with an alarm triggered on the device when an in-built sensor enters an out-of-bounds area.

Technical support teams have also benefitted. Previously, batteries needed to be changed every two years by the device manufactures’ internal teams. Now the ATS’ team can change batteries quickly, resulting in a saving of up to £43 per device every two years. Loading data was also time-consuming. Today, pre-loaded SD cards provide additional memory.

While the design work was carried out in the UK, CE testing took place in Taiwan. To ensure that the design went through the compliance process quickly, ByteSnap managed UK based CE testing prior to submission.

Mike Howie, managing director, ATS, commented: “We selected ByteSnap after a comprehensive tender process and in particular liked that it’s an SME with a very hands-on approach.

“Our vision of a new Android-based multimedia guide meant they had to work closely with the ATS team (including our mechanical partners) to agree the specifications, design the PCB to the size available, and support us with the development of drivers and CE testing. We were really pleased to work with such an approachable and conscientious team (ably managed by Roland Bodlovic) who worked hard to deliver a stable product. We will definitely be working with ByteSnap in the future.”

Dunstan Power, director of ByteSnap, concluded: “ByteSnap’s engineering teams have been recognised as going the extra mile, being knowledgeable and with strong technical expertise – specifically in the delivery of Android-based projects.

“With positive feedback from visitors to the Museum and Heritage Show, trials at St Paul’s Cathedral proving successful and 1,600 devices due to be rolled out at Westminster Cathedral in October 2017, this project demonstrates the in-depth expertise of our software and hardware teams, and provides ATS with a flexible device with a strong feature set that should help it to win more business in the future.”

The full case study can be read at: