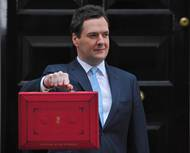 George Osborne’s fifth budget provided some good news about the economy and promised more extensive support for business. According to the Office for Budgetary Responsibility (OBR) economic growth is to accelerate this year and to be higher next year than originally forecast in the Autumn Statement. National output is expected to move above its pre-recessionary peak later this year.

The OBR expects the UK economy to grow 2.7 per cent in 2014 but with GDP around 15 per cent smaller than it would have been if the economy had avoided the recession and grown at its historic rate over the past six years, it doesn’t think that the UK will be able to recover that lost output, in fact it believes the output gap in the economy, that is its spare capacity, will have been closed by 2016 despite very modest growth.

In a budget designed to boost the performance of the economy Osborne unveiled a number of changes to help rebalance the economy.

Commenting on the budget Lawrence Jones, founder and CEO of technology SME UKFast, based in Manchester said: “As budgets go, I’d rate it a 7/10. We are moving into a stronger economy, but we need something to continue the momentum, not stifle it and this budget is trying to do that. It”s positive and it”s clearly a step in the right direction.

“However, I still think that a flat rate of tax would go some way to solving the problem we have of international players coming into our market and taking their profits elsewhere. We need to make it easier for smaller firms to compete with those huge FTSE 100 companies who are able to send money to parent companies off-shore. How can we compete when small organisations are always paying more pennies in every pound? We need to level the playing field. This budget doesn”t go far enough to address that even though it did mention tax avoidance.”

Among the announcements made was the government decision to extend the amount of credit available to support overseas sales. It has been doubled to £3bn, and the rate charged on that credit cut.

The Chancellor said that the UK needed, “our businesses to export more, build more, invest more and manufacture more.”

The CBI broadly welcomed the Budget, with the organisation’s Director General, John Cridland saying that it would “put wind in the sails of business investment, especially for manufacturers. This was a make or break budget coming at a critical time in the recovery and the Chancellor has focussed his firepower on areas that have the potential to lock in growth.

“The economy needs to rebalance and this Budget will help businesses hungry to invest and export.”

The announcement of a £7bn package to cut the energy bills of business was also welcomed.

That package will involve a freeze on the Carbon Price Floor (CPF), one of the green levies on energy bills and there will be new exemptions from green taxes for firms that use a lot of energy.

Commenting Cridland said, “The CBI has pushed hard for this significant and much-needed energy package that will help keep manufacturing jobs in the UK, while underpinning vital investment in new energy.

“Our energy intensive industries are crucial to building a low-carbon economy and it”s right the Government is taking action to mitigate the cost for these firms. But many more businesses across the country are struggling with high energy costs and these measures will help support key sectors against tough international competition.

“We now need to see action from ministers to secure an ambitious EU-wide 2030 emissions reductions target to drive investment in our low carbon future.”

During his speech the Chancellor also announced the setting up of a new institute named after computer pioneer and code-breaker Alan Turing. The Alan Turing Institute will focus on new ways of collecting, organising and analysing large sets of data – or big data. The government will provide £42m over five years for the project.

Universities and various interested parties will be able to bid for the funding to set up the institute.

Speaking in the Commons the Chancellor said that the institute would “ensure Britain leads the way again in the use of big data and algorithm research.

“I am determined that our country is going to out-compete, out-smart and out-do the rest of the world.”

Big data, according to the government, “can allow businesses to enhance their manufacturing processes, target their marketing better, and provide more efficient services”.