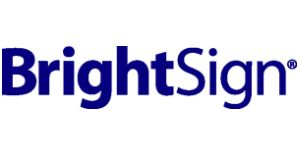 “Our new HS123 module makes it possible for manufacturers to sell displays that are signage-ready, right out-of-the-box,” said Jeff Hastings, BrightSign’s CEO. “Signage-ready displays are called for in settings with limited player placement options, and we’re glad to offer this new module to manufacturers that have been looking to use our leading signage hardware for this type of integrated product offering.”

The first two companies to integrate the BrightSign Built-In HD module (BrightSign HS123) are AVNU Digital and Industrial Image. Both will showcase their new displays, sizes ranging from 10” to 32”, in BrightSign’s stand 8-K240 at ISE 2017. Attendees are encouraged to drop by the booth to see these new displays in action. Or contact pr@brightsign.biz to arrange a private demonstration.