The unique new IDTechEx Research report, “Microcontrollers and Single-board Computers 2016-2026”, is the first to reveal the big picture developing from the close relationship between these devices. It provides newly researched forecasts leading to figures such as $300bn in 2026 for SBC alone. Applications, technologies, players, and markets are revealed in easily understood infographics yet a depth never seen before. For example, the ten-year forecasts for microcontrollers (MCU) and single-board computers (SBC) are backed by forecasts for such things as wearable electronics and cars, traditional and electric. The situation is complex because some applications are not growing significantly such as smart cards whereas others are not only growing rapidly – such as the electric car business – but the number used per equipment is increasing giving a multiplier effect.

The report has an introduction simply explaining the definitions, anatomy and key components such as System on Chip. The explanation of latest microcontrollers covers how they are made, what they can do, the limitations and what comes next. 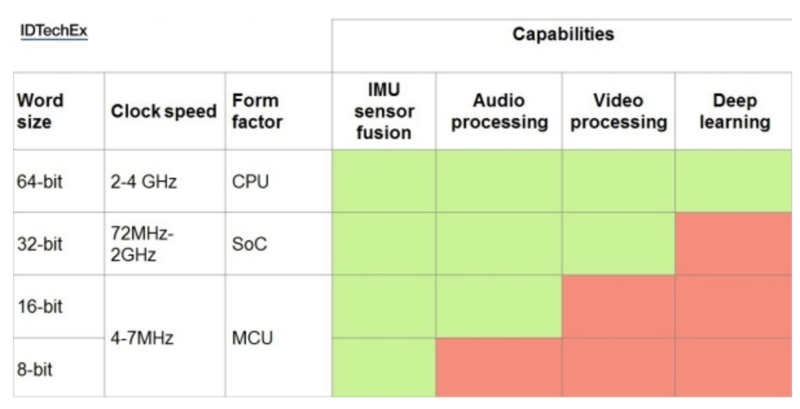 An applications chapter embraces smart cars, home and office, automotive, DC-DC converters for battery monitoring, energy harvesting and microgrids, education, wearable technology, touch screen controllers, motor control including quadcopters, control of stepper and traction motors. It even takes a look at artificial intelligence and deep learning, control of 3D printers, microwave ovens and washing machines with examples of products offered and how they work but it is the following chapter that goes more deeply into this including MCU architectures, co-processors: PLDs and CPLDs, software and programming languages and case studies. Relevance to a wide variety of sensors is detailed including coverage of hot topics such as the 3D cameras, artificial intelligence and inertial measurement units in autonomous vehicles.

The report explains radical changes in the value chain where the Arduino, for example, is a hobbyist product that actually goes into production. Little wonder then that there are now many mergers of the suppliers in order to efficiently address these now giant markets from AppleTV to Internet of Things. A chapter on players explains and evaluates these trends. This includes Apple, Samsung, Google and Amazon but also Arduino, Raspberry Pi Foundation and Beagleboard because they matter.

The chapter on trends is replete with new forecasts and explanations such as the huge impact of ARM wrong-footing many competitors. Consolidation on the ARM architecture, open source hardware, conformance to Moore’s Law, prices equilibrating and an introduction to trends of MCUs, and adjacent developments. It is all here but the next chapter called markets give a host of new statistics and forecasts including value chains, MCU market by revenue, supplier overall and MCU revenue, Arduino sales, Raspberry Pi by geography and much more. Indeed, here you can see car forecasts by technology (more electric means more MCUs), wearable technology, IOT, motor controller and other new forecasts from other IDTechEx departments. It is not all roses. The decline of desktop computers is displayed, not just the rapidly increasing SBC market.