BrainChip Studio is the result of more than 10 years development and uses an artificial intelligence technology called a spiking neural network, a type of neuromorphic computing that simulates the functionality of the human visual tract. Powered by this technology, BrainChip Studio aids law enforcement and intelligence organisations to rapidly search vast amounts of video footage for identifying patterns or faces.

Because faces are potentially a uniquely identifying feature, the software includes advanced facial detection, extraction, and classification algorithms. The spiking neural network technology enables BrainChip Studio to work on low resolution video and requires only a 24×24 pixel image to detect and classify faces. 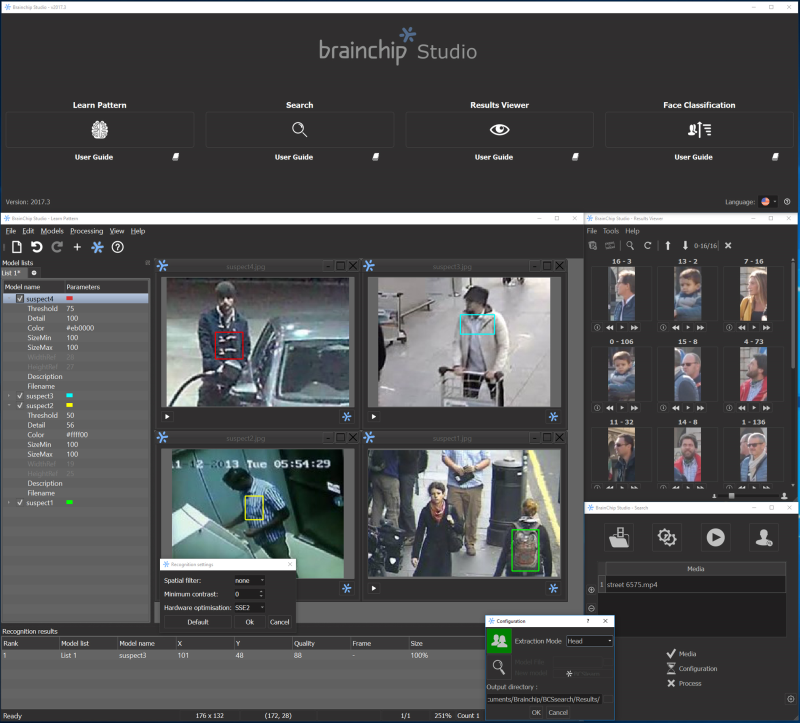 In a recent field trial, BrainChip Studio detected, extracted and classified in real-time more than 500,000 facial images during 3 ½ hours of video across eight different cameras. In a separate trial, it processed 36 hours of recorded video in less than two hours, extracting over 150,000 facial images.

There is a large market opportunity for this type of software given there has been little increase in the ability to analyse video despite the massive growth in video surveillance – driven by increases in crime and terrorism – and an exponential growth in the storage of video data.

“According to IHS market research, 197 million surveillance cameras will be sold during 2017. This is in addition to the estimated 300 million cameras already in use,” said Robert Beachler, BrainChip’s senior vice president of marketing and business development.

“BrainChip Studio’s forensic search capabilities tames this massive amount of video information, making it practical for a single individual to search for exactly what they need across multiple video sources.”

BrainChip Studio’s spiking neural networks can be trained on a single image in milliseconds, enabling rapid searches of video for patterns not known a priori. This technology has the added benefit of being able to recognise patterns in low-resolution, noisy environments, making it ideal for the large amount of previously installed video surveillance systems.

“Therefore, BrainChip Studio can be deployed in the field in highly secure environments that may not have cloud connectivity.”

BrainChip Studio software runs on Windows or Linux computing platforms, and is compatible with all major encoded video formats. It is currently available for trials to select law enforcement and intelligence agencies.