BrainChip Holdings Ltd., a leading developer of software and hardware accelerated solutions for advanced artificial intelligence (AI) and machine learning applications, has announced that it will be exhibiting at Milipol 2017 in Paris, France, from the 21st to the 24th of November. 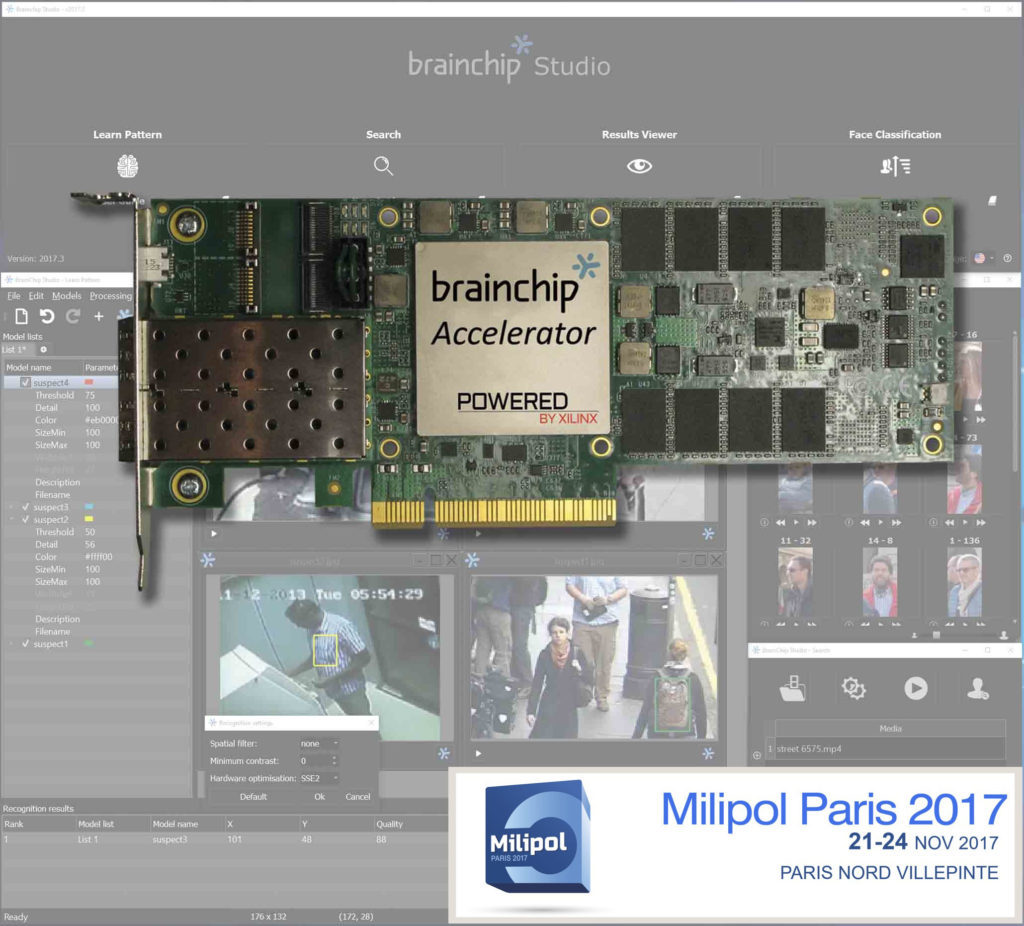 Milipol Paris is one of the largest homeland security conferences, attracting over 24 thousand visitors from 143 countries. It is organised by the French Ministry of Interior in partnership with other governmental bodies, but most of the exhibitors and nearly half of the visitors are international.

BrainChip is honoured to have Inspector Jean-Francois Lespes, Chief of the Indictable Offense Department at the Toulouse National Police, available at the BrainChip exhibit. Inspector Lespes’ organisation recently completed a successful trial of BrainChip Studio. During the exhibition, Inspector Lespes will be describing how BrainChip Studio aids in the investigation of major crimes.

Live demonstrations of the BrainChip Studio software suite and Brainchip Accelerator hardware will be given throughout the event. BrainChip Studio employs a type of AI known as a spiking neural network, a form of neuromorphic computing, for high-speed pattern search and facial classification. BrainChip Accelerator is a computer plug-in (PCIe) card that represents the world’s first commercial hardware acceleration of this type of AI. It delivers a six-fold performance boost to BrainChip Studio and can process up to 16 channels of video simultaneously. BrainChip’s technology is low power, can be used with existing infrastructure and needs only low-resolution, 24 x 24 pixel images to detect and classify faces.

Hung Do-Duy, BrainChip’s vice president for European Business Development, said: “As the French National Police and Rockwell Collins have confirmed, artificial intelligence can now transform the speed and accuracy of video surveillance systems. It’s a privilege to have a joint presence at Milipol with these organisations, both of which share our passion for embracing innovative technologies to make the world a safer place.”

To receive a free VIP admission or to schedule a meeting with BrainChip representatives and Inspector Lespes, please contact:  www.brainchipinc.com/contact