When used with a GPS or GNSS module, the BHI160BP enables users to take full advantage of pedestrian position tracking with up to 80 per cent saving in system power consumption compared with a typical GNSS-only solution, without compromising on accuracy. Users benefit from a greatly extended battery life and longer charging intervals for wearable applications such as smartwatches and fitness trackers and other mobile devices such as smartphones or hearables. This new position tracking approach is set to enable a new class of compact devices with even smaller batteries.

The BHI160BP tracks a person’s position by intelligently applying an inertial sensor based algorithm for Pedestrian Dead Reckoning (PDR). To maintain accuracy, it calculates the user’s relative location based on data collected from the inertial sensors and then re-calibrates itself every few minutes to obtain the absolute position provided by the GNSS/GPS module. This means that the GNSS/GPS module can be kept in sleep mode for most of the time, which drastically reduces a device’s power consumption and extends its operating time.

“Pedestrian position tracking is a crucial application for mobile applications; unfortunately, GPS modules can rapidly drain a device’s battery capacity – especially when the battery is as small as in wearable devices,” says Dr. Stefan Finkbeiner, CEO of Bosch Sensortec. “Our new Position Tracking Smart Sensor solves this problem and enables users to navigate reliably while extending the operation of GPS tracking in their devices from several hours up to several days.” 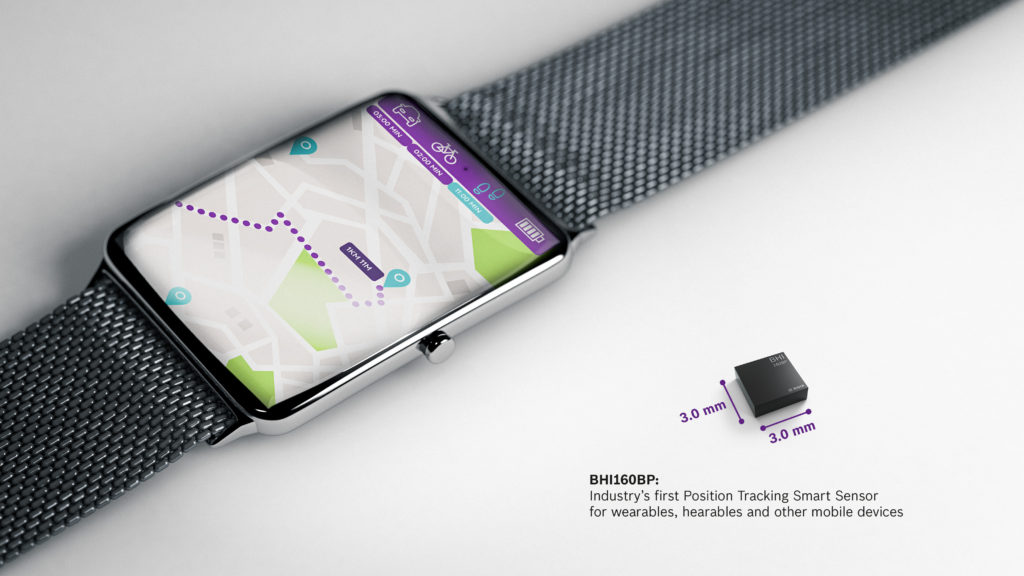 The position tracking capability provided by the BHI160BP also means that a device can maintain solid accuracy even when the GNSS signal is blocked or weak, e.g. near tall buildings or indoors. This ensures accurate pedestrian navigation at all times, even in shielded indoor areas such as subways.

The BHI160BP is a new member of Bosch Sensortec’s BHI160 family and adds application-specific functionality for position tracking. It provides a ready-to-use solution that can be quickly and easily integrated into a system design without requiring an update to a new GNSS module, thereby significantly cutting time to market.

While the current configuration is optimised for use with GNSS receivers (such as GPS), the BHI160BP can also support most of the common global localisation technologies. As well as improving localisation, the BHI160BP can also serve to handle gesture recognition and 3D orientation, with 3D calculations performed by the sensor itself rather than by an application processor. 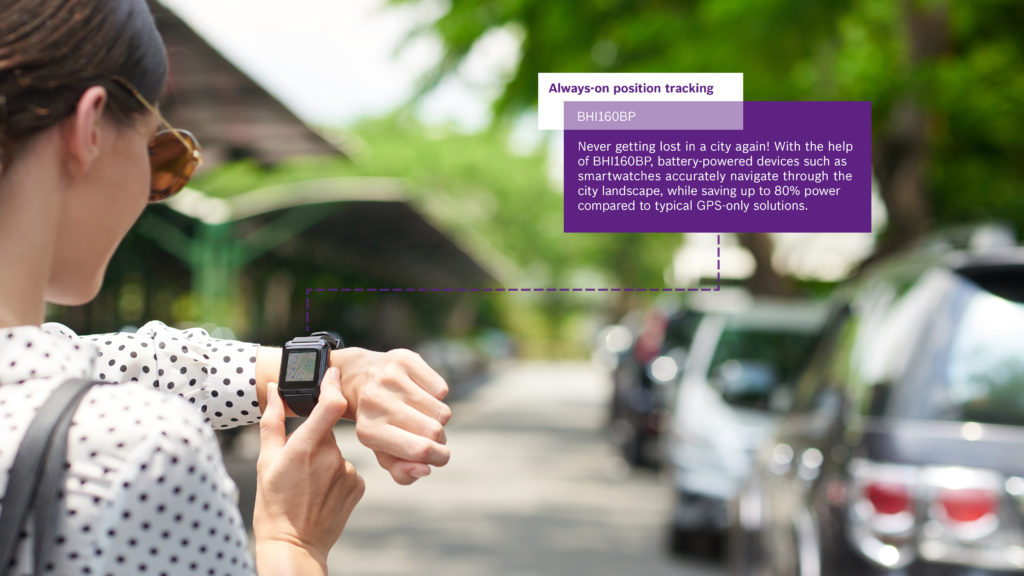 Wide range of features and functionalities

The new BHI160BP draws only 1.3 mA in active operation mode and is the industry’s lowest-power solution that integrates the Fuser Core (MCU) and a 6-axis Inertial Measurement Unit (IMU). Additionally, the Position Tracking Smart Sensor offers a variety of customised virtual sensors, such as a calibrated accelerometer, orientation and wake up gesture, within a single device. Furthermore, the BHI160BP can be extended by connecting additional physical sensors, such as a magnetometer, over a secondary interface.