Bluetooth Smart as an enabling technology for new ‘smart’ applications 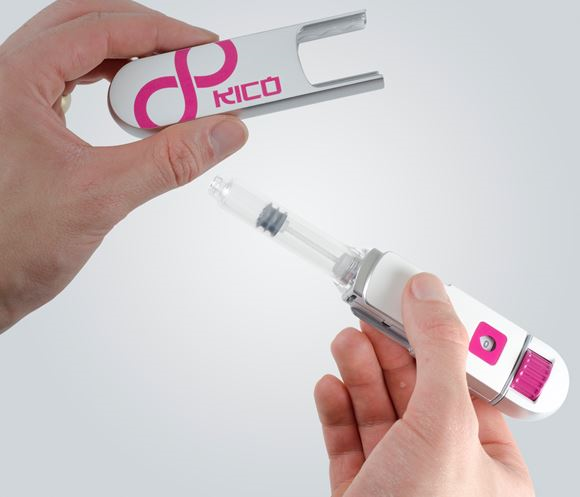 Bluetooth has always been a relatively low power, short-range communications technology, particularly compared to Wi-Fi, the other most commonly deployed wireless data communications standard. However, many applications within the much-heralded Internet-of-Things (IoT) need to operate at even lower power levels than those achievable using Classic Bluetooth, so along came Bluetooth Low Energy (Bluetooth v4.0, v4.1 and v4.2), which the Bluetooth SIG branded “Bluetooth Smart”.

Why Bluetooth Smart for portable devices in IoT applications?

Bluetooth is already ubiquitous in smartphones, tablets and notebook computers, all of which can be used to process and display data from a Bluetooth enable node, or transmit that data to other devices, and perhaps a cloud service, via Wi-Fi, cellular or other link.

This has been possible for some time, but Bluetooth Smart makes the connection easier to implement in the IoT node. Reducing the power consumption reduces the load on the battery in the node and extends its life to months or even years. More exciting still is the opportunity to power small portable devices using energy harvesting techniques as the power budget for data links is driven down by further design innovation in Bluetooth Smart radios.

Like Classic Bluetooth, Bluetooth Smart operates in the 2.4 GHz ISM band but consumes just 100th of the average power in many applications. It achieves lower energy consumption primarily by keeping the radio switched off most of the time and by adopting smaller data packets. Using 2 MHz wide channels, it offers a 1 Mbps link rate and application throughput of just 100 kbps. By contrast, Bluetooth Classic using enhanced data rate (EDR) offers theoretical data rates up to 3 Mbps, although the practical transfer rate is nearer 2 Mbps, making it better for data streaming at the expense of higher power consumption. However, low data rates, coupled with low duty cycles, are common requirements of many IoT monitoring and measuring applications.

Another significant difference between the standards is that Bluetooth Smart can set up authenticated connections in only 3 ms, much faster than the 100ms of Classic Bluetooth. Establishing connections faster means that responses to queries for data are faster and consume less energy. Bluetooth Smart also addresses another increasingly important concern for many IoT applications – data security. Its encryption and authentication uses the US-government developed 128-bit Advanced Encryption System (AES-128).

The attractions of energy harvesting

For portable and wearable electronic devices, eliminating the battery not only reduces assembly effort during manufacturing but also increases overall product reliability. It is a positive step from an environmental perspective too – the disposal of spent batteries is a major concern.

Using a battery such as a lithium coin cell raises testability concerns too, particularly in critical applications like medical devices. A power spike can render the cell useless but the conditions to test for this over the entire life cycle of a product are extremely difficult to implement.  Furthermore, the self-discharge properties of batteries limit their lifetime, both shelf life and operating life.

However, the decision to move to energy harvesting places stringent demands on the control electronics. To be a convenient solution, the source of energy for harvesting has to come from normal product operation. The convenience of a battery-free design is lost if the user of a product has to go to great lengths to produce the energy needed to power it.

The combination of ultra-low power Bluetooth Smart and energy harvesting technologies has promising applications in promoting health and fitness, and in medical monitoring. And when the electronics within the product is made as small and low power as possible, it simplifies the design of the energy harvesting mechanism.

For example, the Dialog Semiconductor DA14580 SmartBond Bluetooth Smart SoC draws only 4.9 mA in transmit and receive, consumes just 20µJ per connection event and comes in packages as small as 2.5 x 2.5mm. Despite the small size, it’s a complete Bluetooth Smart solution: radio, accessible ARM Cortex-M0 processor with sufficient resources to run fully hosted applications without needing an external MCU, power management, and a set of peripherals that means it requires just five external components to function. Also, because it can run from power rails down to 0.9V, it’s a well-matched solution for both battery powered and energy harvesting applications.

Diabetes sufferers need regular, precise injection of insulin to control the disease and minimise the risks of complications arising from it. After completing multiple designs of battery based drug delivery devices that could detect dose delivery and forward the information to digital services Cambridge Consultants realised that the same features could be implemented using Bluetooth and energy harvesting.

In the KiCoPen, the energy required to power it is harnessed from the natural movement of the device when the user removes the cap for an injection and then replaces it.  Energy from the motion was harnessed by a magnetic weight moving close to a coil. This movement induces a current in the coil that can be stored in the capacitor. Each oscillation of the magnetic actuator generates a consistent amount of energy and even the number of reciprocating movements it makes on each action performed by the user can be tuned by adjusting the profile of a cam track. The attraction of the device would be lost if the user were forced to shake or hold the pen for several seconds for the product to work properly, particularly as some users may struggle to provide the motion necessary to recharge the system’s energy reservoir. For the KiCoPen, each cap removal or replacement action provides between 100 µJ and 200 µJ of energy that is stored in the capacitor.

Dialog’s DA14580 ARM Cortex-M0 provides enough processing power for the application software that records each dose accurately and pushes readings into MRAM ready for when the Bluetooth Smart radio can be activated. Once its activities have been completed, the system enters a state where it can power down without any loss of important data. If the insulin-delivery data does not transfer to the phone in one transaction, it is stored in the pen ready for the next attempt once the capacitor has been recharged. Incidentally, MRAM technology was chosen because it requires far less power for writes than traditional flash.

Even if the pen runs out of power while the insulin is being injected, monitoring of delivery can still take place. The energy generated by lid replacement is often enough to measure the difference between the previous record and the current reservoir state and therefore calculate the most recent dose.

“It has been clear for some time that the performance of Bluetooth Smart chips was heading towards that needed for real world energy harvesting applications. Dialog got there first with the DA14580, its low cost also makes it suitable for the high volumes that devices like injection pens are manufactured in,” said Rob Milner, senior consultant and head of Smart Systems at Cambridge Consultants.

The combination of a novel energy-harvesting design and an ultralow-power Bluetooth Smart SoC has resulted in an effective concept for insulin delivery pens like no other on the market – with the ability to capture the exact dose delivered and send the information to an associated smartphone app without requiring battery power. The KiCoPen can allow diabetes sufferers to be confident they are keeping up with their insulin regimen. The pen in combination with other electronic tools can lead to improved glycemic control which in turn helps to reduce late-stage complications and help the patients maintain long and healthy lives.

Dialog Semiconductor’s SmartBond devices offer product designers the smallest, lowest power, and most highly integrated way to quickly add reliable wireless communications to IoT devices that need to operate from harvested energy sources or require long-term operation from small batteries – all with minimal design effort. The KiCoPen is just one example of how effectively the devices can be deployed.