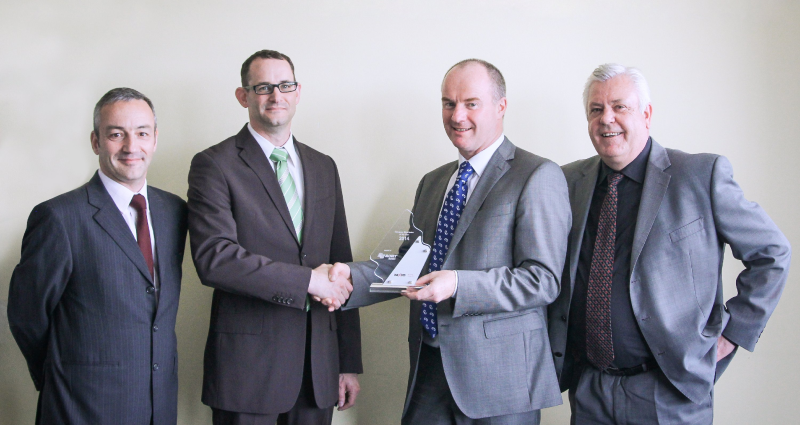 Avnet Memec, an Avnet company, has been named as European Distributor of the Year 2014 for Macronix, supplier of advanced non-volatile memory devices. The award is given annually for outstanding performance in sales growth, new business opportunities and operations.

“Our distribution business across Europe grew by more than 40% in 2014 but the Avnet Memec team’s impressive operation out-performed our wider market,” said Christian Bangert, European distribution director at Macronix. “As a team Avnet Memec scored high in all catagories, and as a result named our Distributor of the Year.  From a standing start their vertical market focus resulted in increased sales, new business opportunities and design wins, whilst demonstrating operational excellence.  This award is thoroughly deserved and I congratulate them.”

John Jones, European marketing director at Avnet Memec continued, “The Macronix product portfolio is a great fit for us with its advanced Flash memory devices fitting many of our target vertical markets.  The Distributor of the Year award is evidence of our strong relationships with our customers and Macronix, which has enabled us to identify and support a significant number of new opportunities and I am delighted to accept the award on behalf of everyone at Avnet Memec.”

Avnet Memec was appointed a pan-European distributor for Macronix in May 2013. It offers the full range of Macronix NOR Flash, NAND Flash, and ROM products. As the embedded market continues to grow rapidly and evolve, developers are seeking to optimize …