The latest figures released by The Electronic Components Supply Network show that UK electronic components sales revenue grew by 24 per cent in May 2017 when compared to the same month last year, led by the professional community”s “Semiconductors” reporting sector which reported increased sales revenue of 30 per cent for the month. The consolidated results reported by ecsn”s authorised distributor (afdec) members also show an encouraging 18 per cent increase in bookings (new orders) compared to May 2016. 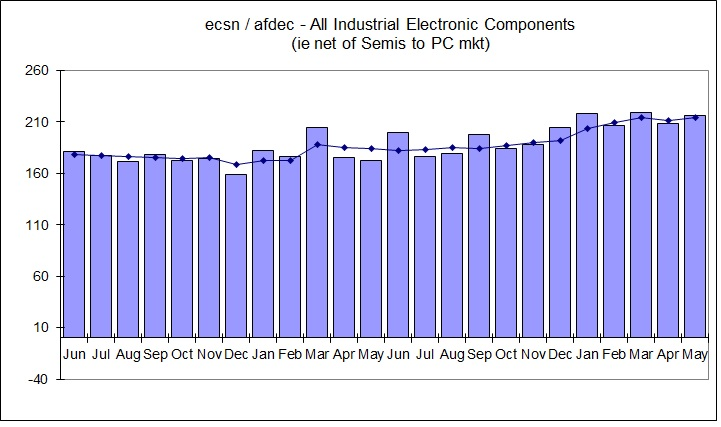