Are you using the right SD Card? 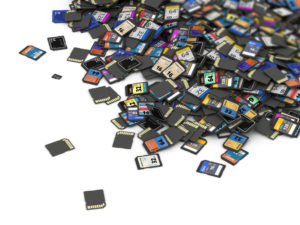 Originally designed to replace CDs and DVDs to distribute audio, SD and microSD cards are now commonly used in cameras, mobile phones and tablets. SD and microSD cards continue to be the removable storage device of choice given their small size and capacity to retain huge amounts of data on such a  small footprint. But with so many manufacturers in the market how do you differentiate between them all and select the right card for your application? Most will be driven by price and capacity, butut what about performance and quality? What should the driving factor be when choosing SD and microSD cards? The answer is that it really depends what you want to use it for…

On the surface they look the same; identical mechanical design, same capacity and size. However, there are significant differences between industrial and consumer grade SD cards and flash devices in general. It is important to consider the impacts these differences have on reliability, endurance, compliance and total cost of ownership before selecting a device that is fit for your application.

It’s what’s inside that counts

Even when an SD card is opened (Pic 2) to reveal its inner workings, it will look fundamentally the same whether a consumer or industrial card. However, some manufacturers such as ATP offer SiP (System in Packaging) which completely encapsulates all contacts and components. Both cards will have a NAND Flash chip (the large block) and both will have a controller (the small block). The NAND Flash chip is where everything is stored; data files, presentations, music, pictures and so on. The controller is the brains of the device – it’s the part that communicates with the host device and manages the flash file system directory. The controller is also responsible for wear levelling, error correction and garbage collection so is vital for functionality. Industrial grade cards can typically operate in temperatures of between -40°C to 85°C.. Consumer cards typically can operate between -25°C to 85°C. So for applications that need to run in harsh environments for long periods of time industrial grade makes perfect sense.

SLC or Single Level Cell is the highest grade of NAND Flash currently available and is used for industrial grade cards.

MLC or Multi Level Cell is one of the most common grades of NAND Flash. This is also used in some industrial applications and is cheaper than SLC.

TLC or Triple Level Cell is a version of MLC. Used for the consumer market, it is the lowest grade of NAND flash. 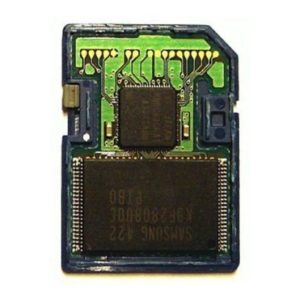 One of the underlying differences between Industrial and consumer products is that Industrial grade is highly customisable. Vendors using clever technology and algorithms can manipulate the NAND Flash with processes such as wear levelling, which moves write cycles around the chip so that cells wear evenly; on-device duplication, which reduces the volume of data written and so lowers wear; redundancy, which reserves a portion of the device’s capacity to replace cells as they fail; and write optimisation, which stores data writes so they can be made in large chunks to reduce the number of write operations. All clever stuff, but the controller used in Industrial applications is far more effective than consumer grade. Companies such as Phison, Toshiba SMI and Hyperstone specialise in SD card controller technology.

Industrial grade cards are generally not high capacity. There is still a requirement for 128MB cards with the highest topping out at 128GB in MLC. As SLC is more expensive cards tend to stop at 32GB. Given SLC performance characteristics this capacity is more than enough for most applications (remember the 60-100K programme erase cycles!). Consumer cards using MLC and TLC on the other hand are readily available in 256GB, 512GB and soon enough 1TB capacities.

At Simms we come across many companies adopting SD and microSD storage cards without really understanding the differences in technology that are available. Our experience has taught us that, if you understand the limitations of each technology and know the demands that are placed on the card (specific to the application they are paired with), you can avoid costly failures and save on engineering resource.