An apprentice from electronic manufacturing company Trojan has won the Institution of Engineering and Technology (IET) Local Network Prize for outstanding achievements in the sector.

Apprentice Stefano Amoruso from Swansea, who works in Trojan’s contract electronic manufacturing (CEM) department, was announced as winner of the award by Gower College Swansea, which nominated him for the award for his superior work. Amoruso will also receive £250 prize money along with the prestigious title that goes with the award. The IET will present Amoruso with the award in coming weeks. 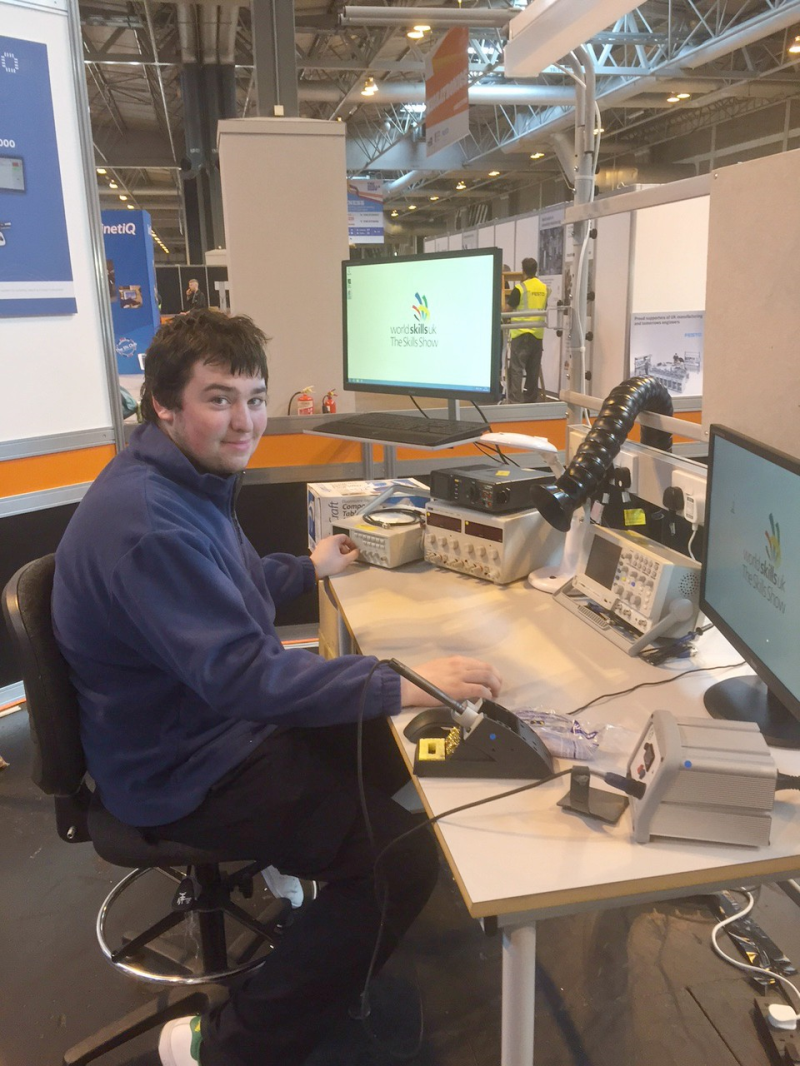 The IET Local Network Prize adds to Amoruso’s many achievements as an apprentice. He was announced as a finalist in the VQ (vocational qualification) Learner of the Year awards in June this year, which recognise and celebrate individuals and employers who have achieved notable success thanks to technical, practical and vocational qualifications. He has also represented Wales in the WorldSkills UK Industrial Electronics competition. It was during this event that David O’Keeffe, operations director at Trojan, spotted Stefano’s ability and offered him an apprenticeship with Trojan.

David O’Keeffe, operations manager at Trojan, said: “Stefano is proving to be a very successful young person in the industry and has achieved so much since he first showed an interest in the electronic sectors at just 14 years old.

“Trojan has had considerable involvement in Stefano’s journey to date and it is always a pleasure to give time and resources to someone with talent and who wants to learn. We are pleased Gower College Swansea, where Stefano carried out his studies, has recognised his enthusiasm and dedication to electronics.”

Steve Williams, curriculum leader for digital technology at Gower College Swansea, said: “Stefano has had an outstanding learning journey with Gower College Swansea. He started with our department via the 14-16 program, studying GCSE Electronics, and it’s been fantastic to watch him go from strength to strength ever since.


“The skills and maturity that he demonstrates on a daily basis have been noted by us all and we are delighted that he has been given the opportunity to transfer those skills from the college into his working environment at Trojan.”