Inova Semiconductors announces that 50 million devices based on its APIX technology have now been deployed. APIX is used by ten of the leading automotive manufacturers and more than 30 OEMs and tier 1 suppliers, and features in 34 different car models. 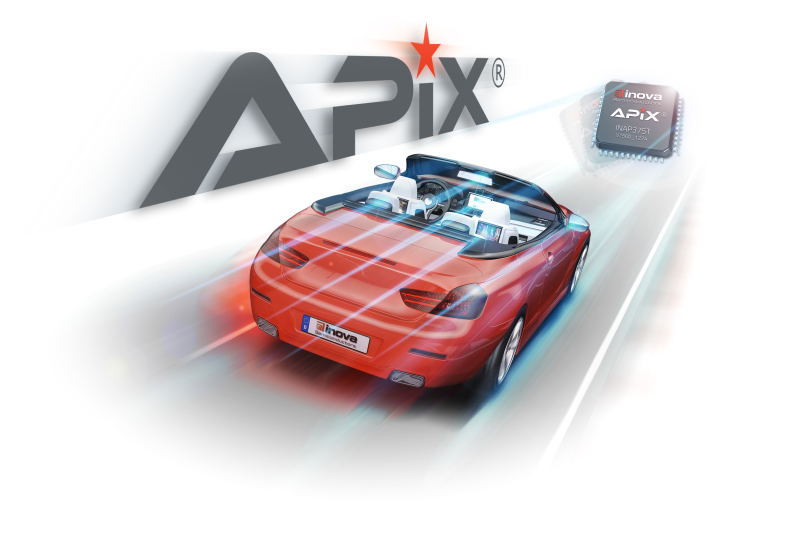 Due to the increasing numbers of displays and cameras in today’s connected vehicles, the adoption of APIX devices is rapidly accelerating. Originally launched in 2008, the APIX platform had shipped 30 million devices by August 2015; and has now added a further 20 million units, to reach this coveted 50 million milestone in less than one year later.

APIX (Automotive Pixel Link) is a multi-channel SerDes (serialiser/deserialiser) Technology which was designed by Inova for high-resolution in-car video applications such as infotainment and safety. The latest generation, the APIX3, can establish multiple display links with a bandwidth of up to 12Gbps and supports HD and Ultra HD displays.

The 50 million figure represents the combined sales of this ‘de-facto industry standard’ device by all of Inova’s licensed partners, including Toshiba, Socionext, Analog Devices and Cypress Semiconductor.

“APIX’s tremendous success has been built upon a number of factors, both technological and commercial,” said Thomas Rothhaupt, director sales and marketing at Inova Semiconductors. “Firstly, it is quite simply the best, most robust solution for in-car video transmission, enabling OEMs to reduce system costs by sending video, audio and data over a single cable – uncompressed and in real time, supporting 100 Mbit Ethernet and other popular data protocols.”

“No less important is the fact that APIX is available as a multi-sourced technology from several leading semiconductor vendors,” continued Rothhaupt. “Inova also has established a strong ecosystem with cable and connector manufacturers, and test and measurement system vendors.”