Anecto is the Testing Laboratory of the Year

Anecto are proud to announce that we are the Testing Laboratory of the Year after winning the accolade at the Irish Lab Awards 2017.

We won the award on our first attempt and have to give the credit to our team for making it possible to have our testing services recognised by the expert panel. 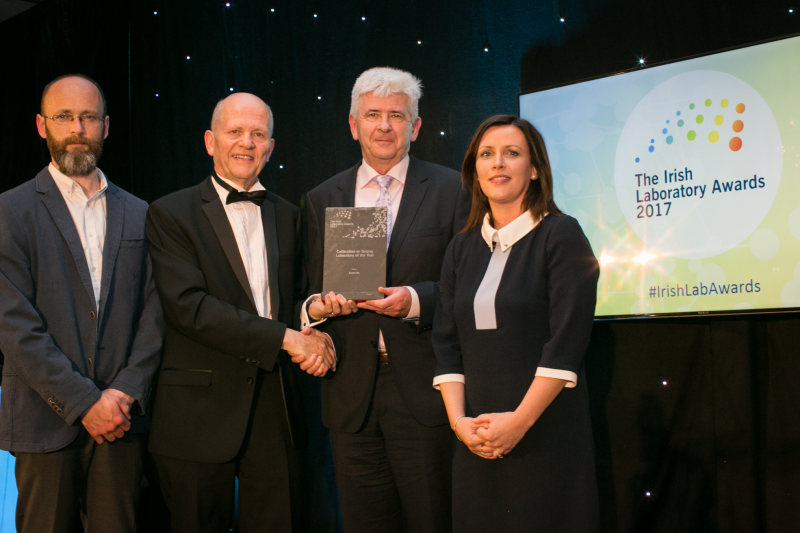 We were also honoured as one of only three finalists shortlisted for the overall Commercial Laboratory of the Year Award.

In a statement to staff, Anecto CEO Frank Cashman emphasised hard work and support from the team as the driving forces behind Anecto’s success while highlighting the company’s achievements since its founding in 1994.

“I wish to thank all of you for your help in achieving our award, which is acknowledgement of many years of great teamwork. It is a huge honour for the company that would not be possible without your support and enthusiasm. It is recognition of 24 years of knowledge and process building,” said Mr. Cashman.

Anecto were founded in 1994 and are based in Ballybrit, Galway.