If someone mentions automotive lighting, our thoughts would initially jump to headlights where there has been very visible, ongoing innovation. Maybe after that we’d think next of the running lights and taillights where manufacturers often use unique designs to strengthen their brand. It would probably take some time before you think of the general ambient lighting in the car. But ambient lighting can have some really important effects on the occupants of the car psychologically, especially after a longer period of time. Mark Patrick, Mouser Electronics, tells us how the ambient lighting of the car cabin can affect the mood of the passengers and driver

Ambient lighting is more than instrument backlighting; it is the entirety of the interior indirect lighting in the car. The lighting is intended to provide the driver with positive emotions, such as relaxation, safety and pride, as well as making him or her feel comfortable and stop any feelings of claustrophobic in the driving position. The internal ambient lighting supplements the exterior lighting in an attempt to minimise any tiredness while driving.

Psychology of lighting and colour

It has long been known that lighting has an effect on how we feel. In the home or workplace, lighting affects our moods, our productivity and our decisions. Whether the light is warm or cool has a noticeable psychological affect that can make us feel tired or awake. It can affect our circadian rhythms and moods. Manufacturers of automobiles have also tested lighting colours to determine which ones make drivers more relaxed and attentive. 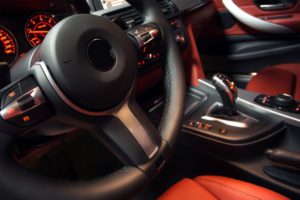 BMW engineers and the Lighting Engineering Group at Ilmenau University of Technology in Munich looked at this phenomenon in an automotive interior lighting study in 2009. Participants in the study drove in a simulated environment where the ambient lighting was changed in position, colour and brightness. After the simulation was completed, participants were questioned on how they felt, and their emotional state was measured at the beginning and the end of each test.

The study looked at a large variety of different factors that may have an impact on the emotions of the driver. As well as the colour of the lighting, the study looked at the shape of the lighting and the materials that made up the lighting installation. It also looked at the feelings that the lighting designs intended to convey. Some of the participants were tested with either blue or orange lighting. Both of the colours had benefits and drawbacks. For example, blue lighting made it easier for drivers to navigate the interior of the vehicle. Instruments were easier to see and controls easier to find, which gave the driver a better feeling of orientation. The major downside to the blue lighting was that it made the participants feel uncomfortable. The orange light had a completely different effect on drivers – it gave them the perception of luxury and quality. With both test lighting colours, participants became more distracted when driving as the intensity increased.

LEDs are the main luminaire used in vehicular lighting design because of their long lifespan, low-power use, flexibility and huge range of colouring options. These lights can be found in the roof light, behind instrument and display panels, in the controls and switches, and even designed into door panels to provide the lighting for the driver to enter or leave the vehicle.

LEDs have revolutionised almost every area of car lighting, most predominantly, so far, in headlights. As well as giving the inherent advantages we expect from solid state lighting, such as longer service life, higher efficiency and higher reliability, LED headlights provide a range of new features that can improve safety for drivers at night. This flexibility externally also transfers to interior lighting as LEDs are far easier to control than incandescent lighting. Their much lower size and weight also means that implementation of LEDs are simpler and they can be mounted with standard fixings such as clamps or adhesives – in fact in any way that allows any thermal build-up to dissipate evenly. LEDs are also evolving themselves, with new materials opening up new applications for vehicles. Galium Nitride technology, for instance, now allows LEDs to operate at greater efficiency and at higher temperatures.

LEDs have had a profound effect on lighting in vehicles. These advantages are both in the large range of options that were unavailable using previous technologies, and in the degree of flexibility and control that they have given automotive designers. External lighting applications have also brought a huge amount of choice to designers for high power LEDs in a wide variety of colours. To give an example from one manufacturer, OSRAM Opto Semiconductors manufactures a wide range of LEDs and LED modules in precise colour options. According to the manufacturer, the company’s OSTAR Headlamp Pro, “The colour coordinates of the LEDs correspond to the white field of ECE/SAE, in which the red component of the LED is greater than five per cent.…”. These LED advances have allowed designers to tailor light to specific needs in repeatable ways, never seen before. 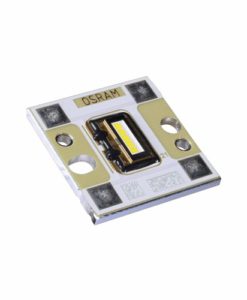 There is no doubt that future research will continue to make more advances in the field of lighting psychology, and that research will be translated into real-world technology that will further advance the safety and aesthetics of vehicles. Future research will continue to focus on how lighting colour affects our moods and perception and how much ambient lighting can influence ordinary driving tasks, such as navigation. Advances in connectivity and the Internet of Things will also offer more automated adjustments to ambient lighting, ensuring it is constantly optimal for the environment in which it is operating.

We know from research that ambient lighting has a large effect on human emotions, and we can use that research to produce precise and repeatable solutions that also enhances safety. At the moment, manufacturers assume that the driver will make the decisions that impact his or her concentration, such as turning off distracting lights. In the future, these adjustments will be made automatically. Automatic adjustment will also be used for other tasks, such as maximising efficiency, or to adjust the ambient lighting accounting for the driving environment. For example, if an airbag is deployed, the lighting may adjust itself to full brightness in case the occupants need to leave the vehicle quickly. Automated ambient lighting could also preserve battery life by dimming lights if the vehicle was running on battery power alone.

Smartphones may be used to store preferred pre-set profiles for different drivers who may use the vehicle, or to adjust the lighting on instructions from the phone’s GPS. We can only imagine the improvements that could be implemented further in the future as devices get smarter and LED technology advances. One thing is sure, there is no sign of the advancement of creative ambient interior lighting for vehicles slowing down. Melexis, a global microelectronics engineering company, has expanded its portfolio of non-contact position sensors, with …