Altium Makers and Content Divison 2016 Project of the Summer

Altium Makers and Content Division has announced a partnership with Other Machine Co., a Berkeley, CA based manufacturer of portable desktop CNC milling machines, to run a ‘Project of the Summer’ competition during the northern hemisphere summer months. CircuitMaker users will be in the running to win the first production unit of the Othermill Pro, retail value $3,199 USD, by completing and collaborating together on novel electronics designs in the CircuitMaker community. 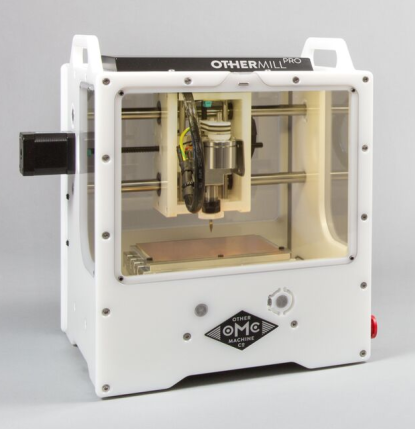 “The goal of this competition is twofold,” says Ben Jordan, director of Makers and Content at Altium. “We love the collaborative nature of the Maker Movement. We want makers to have a chance to win a prize that’s useful and valuable as a ‘thank you’ for sharing high-quality designs and working together to invent something awesome. We also love the Othermill, and working with Other Machine Co. promotes tools that make designers and hackerspaces ultra-productive.”

Danielle Applestone, CEO of Other Machine Co. says, “Community is so important when you are learning to design and make your own electronics, so we are thrilled to partner with CircuitMaker and offer the first ever Othermill Pro to the winner of the summer design contest. It’s also a great prize for this contest, since the winner will be able to make infinite circuits!”

This competition will run until the end of August 2016, coinciding with the Othermill Pro Launch Campaign. Projects completed between May and August 2016 in the CircuitMaker community will be judged by Other Machine Co. and Altium. The winner will be announced by video and newsletter in August, and contacted directly via email. Runners-up will receive additional gift voucher prizes.

Additional details for this global competition can be found at http://circuitmaker.com/blog/Blogs/2016-project-of-the-summer.